So we all know that in no way do I resemble Twiggy (perhaps I resemble 1.5 Twiggies) but as soon as I started playing with my striped knit from my last post, I knew I had to head back to Clear It quick smart and get some more for a Twiggy-esque knit shift mini-dress. 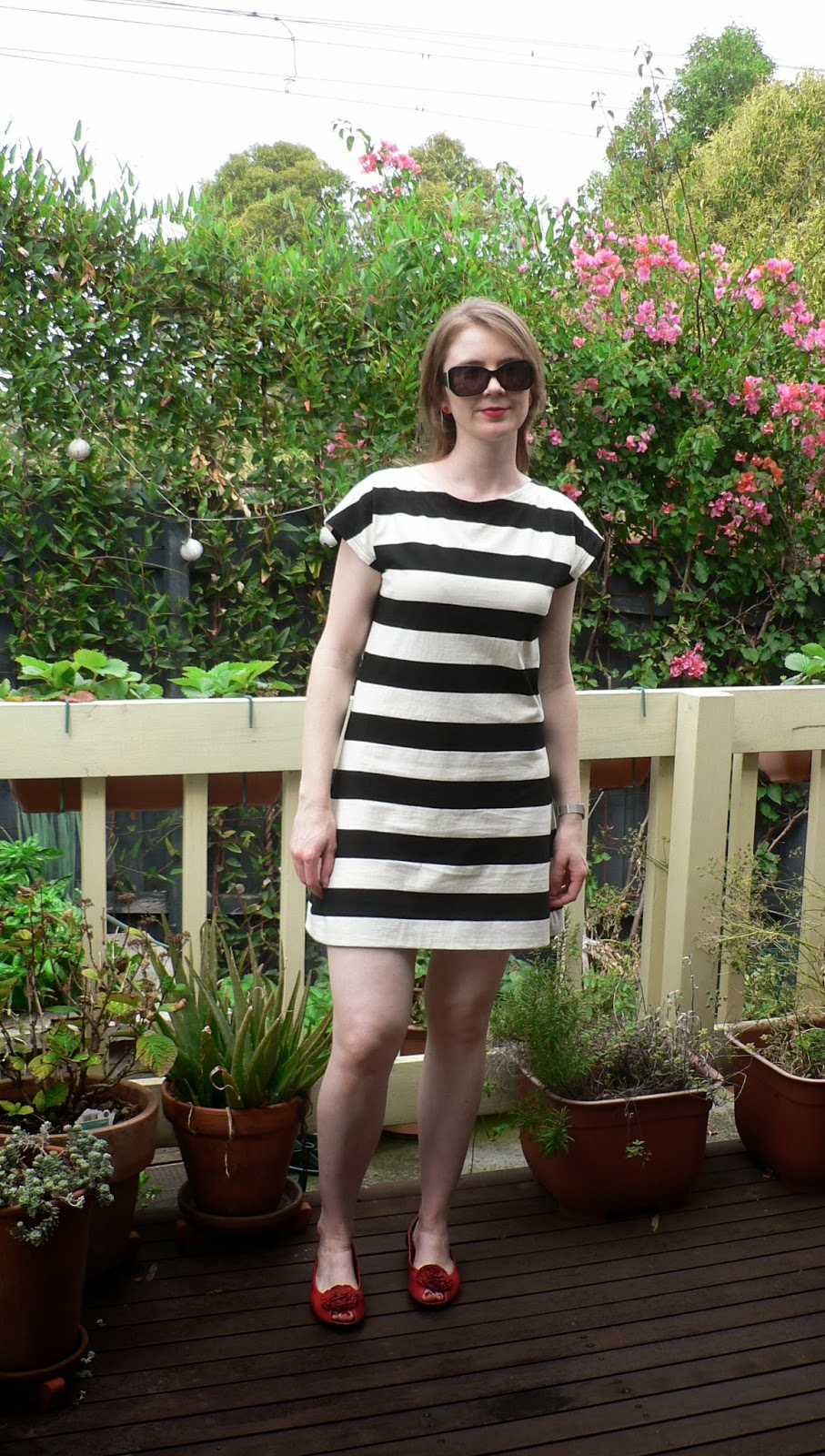 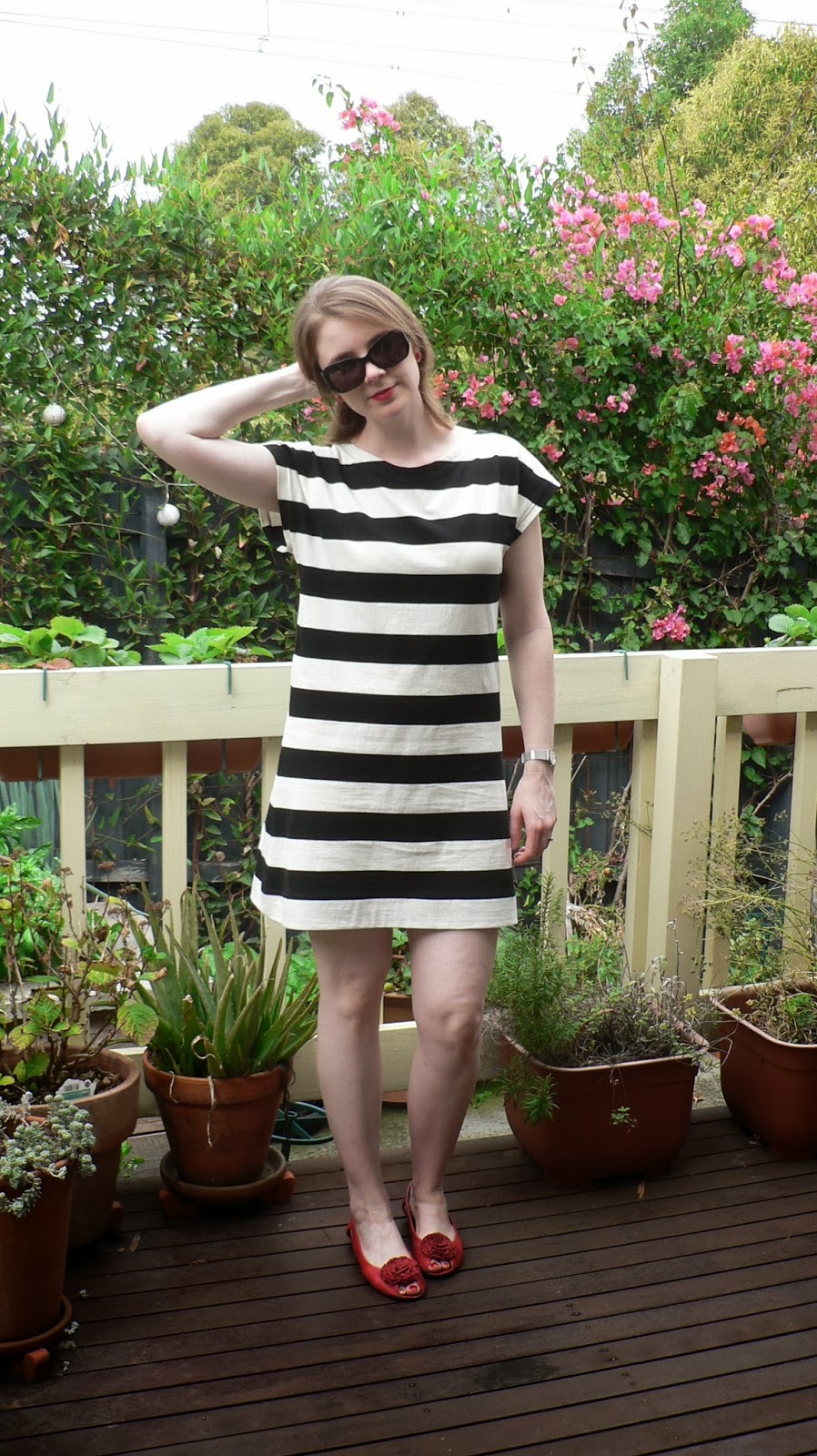 I'd had the idea AGES ago to extend the length of ye olde trusty (and still free!) Maria Denmark Kimono tee pattern to a dress, but never done anything about it. But once I found my Stripes of Awesomeness that thought bubbled back up to the surface and I became compelled to get it made before all of our warm weather disappeared for another season.  It was fairly straightforward - I just marked the approximate waistline on the tee pattern, measured my hips and added a little ease to ensure it wasn't too tight across ab and backside, and did a slight A-line skirt shape. I just did one skirt piece for front and back, and shifted it slightly on the fold (the back piece of the tee is a little wider than the front). 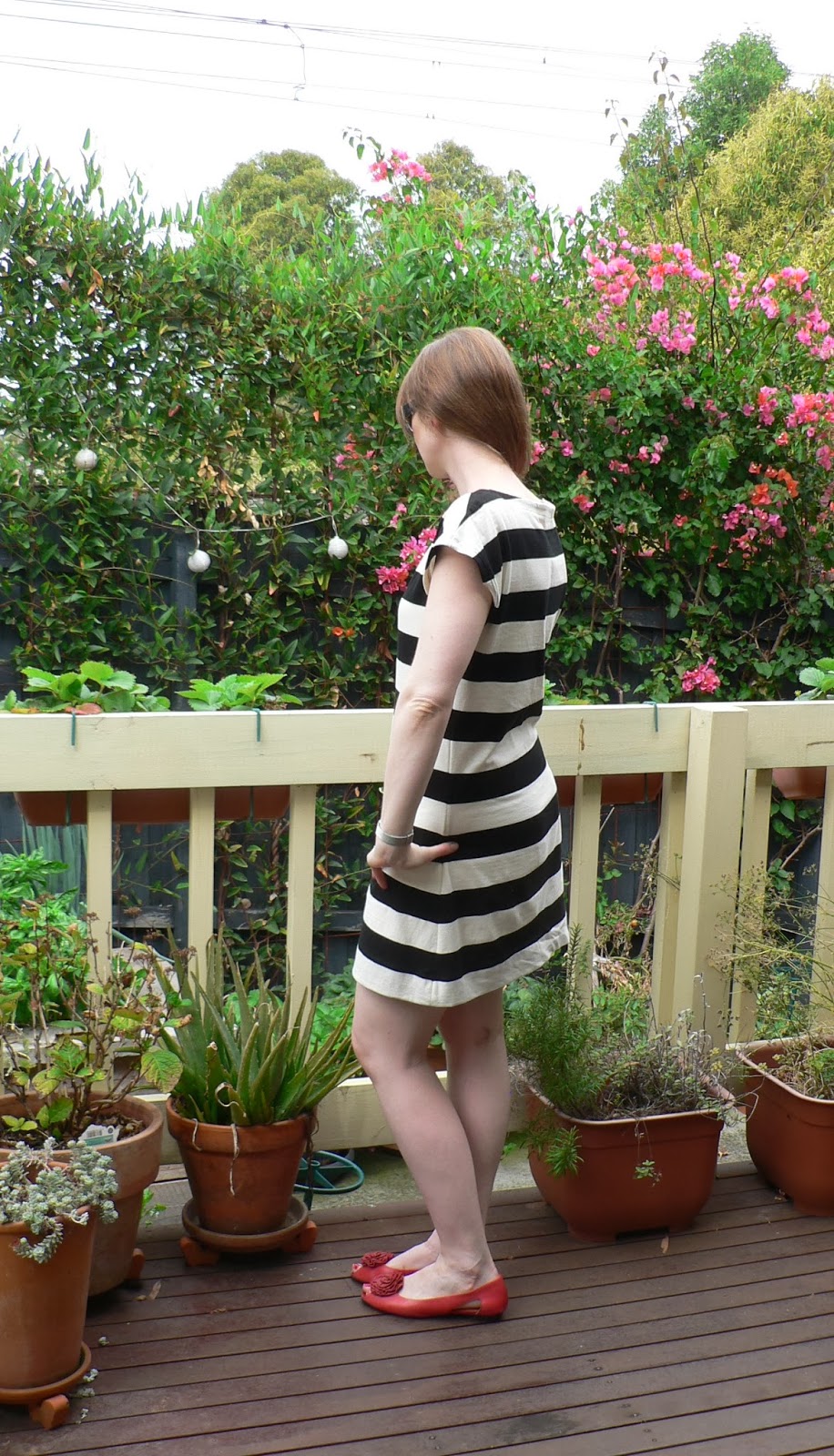 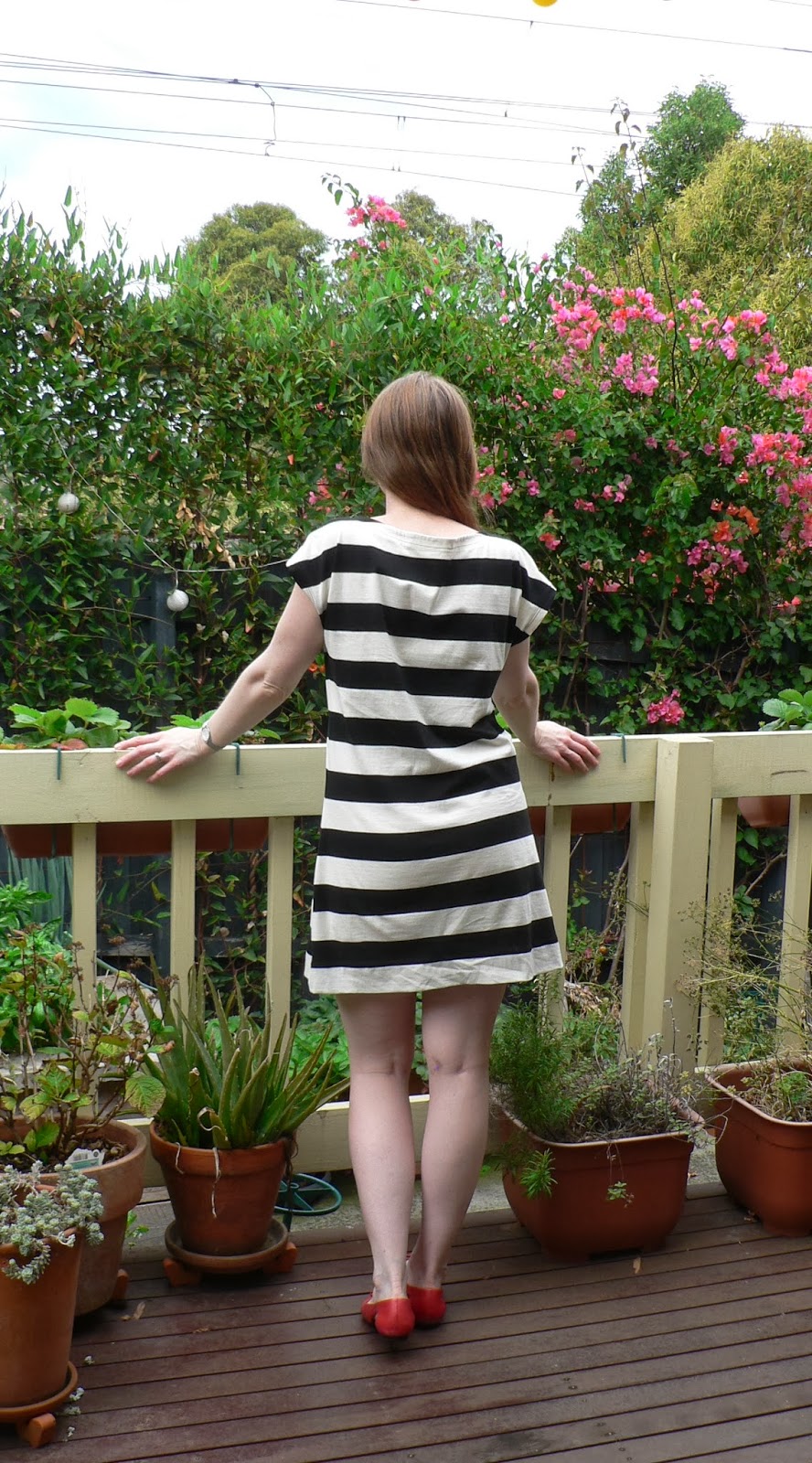 I thought I was being super clever doing a little sway back adjustment on the tee pattern (which I needed to do, but had been a bit lazy) but I didn't take into account how the dress would fit across my lower back in the vertical direction. Woven shift patterns usually have a centre back seam with some shaping or vertical fish-eye darts to add some shape back there. I considered adding some darts but decided I didn't want to muck up the line of the stripes. It actually looked a lot worse when it was long, before I pinned up the hem. I think the weight of the fabric pulled it down straight over my backside so once that weight was reduced the fabric relaxed a little and followed the curve of my back a little more.

It's interesting - most of the knit shift dresses I've seen (including Tilly's new Coco) are cut on the fold, so would have this fit issue over the lower back curve. Recently I found this shift pattern designed for knits in an op shop, and rather marvellously the lady who previously owned it was my size (happy days!) and only made the sleeveless version: 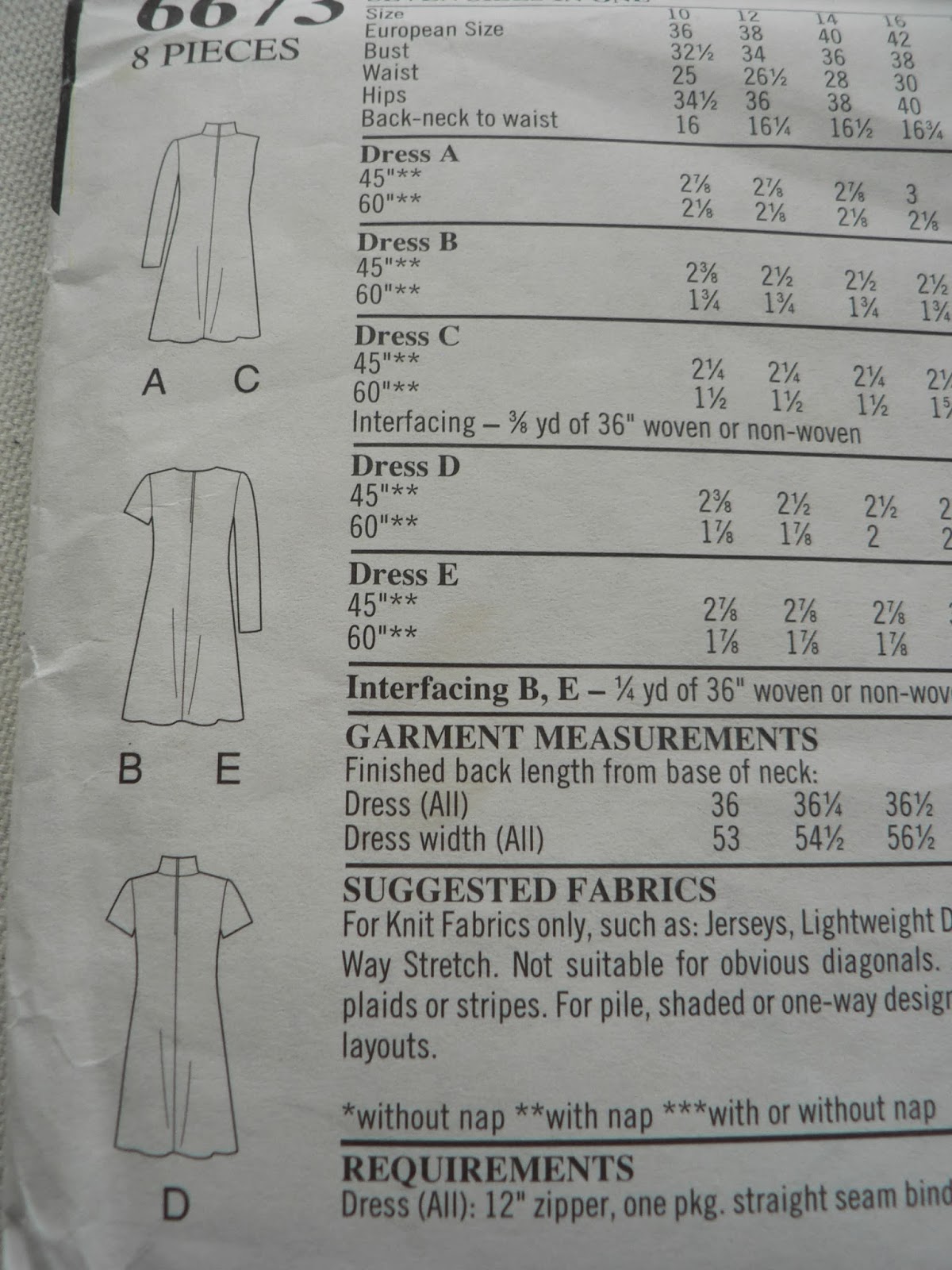 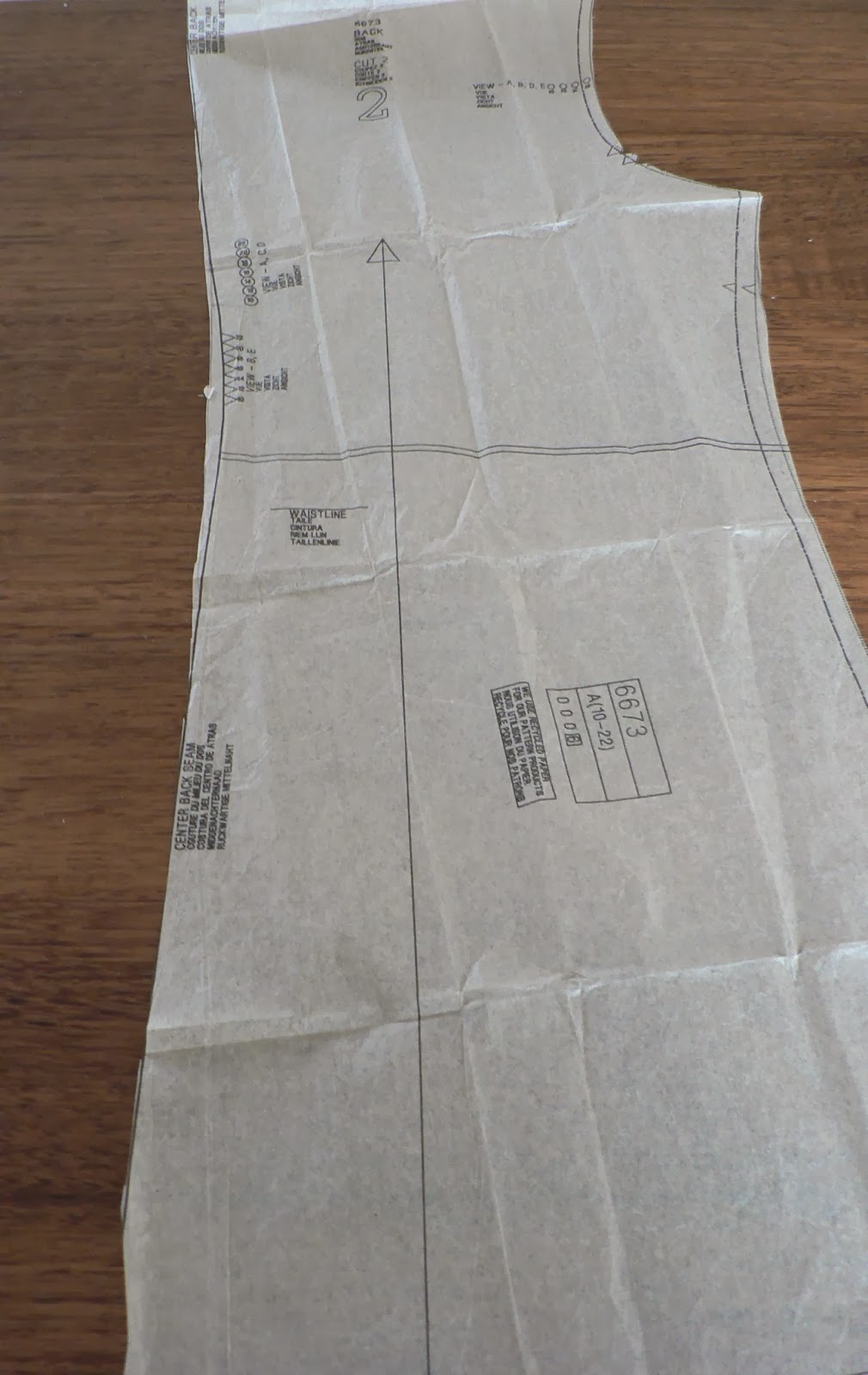 I kind of wish I'd looked at this before cutting Twiggy out, but I'll know for my next knit dress - my sway back is so prominent that I'd rather have the dress skimming my lower back than hanging straight from mid-back to backside, even if it means having a centre back seam.

The only other alteration I made this time was to bind the neckline differently - I wanted a deep seam at the neckline, as I like the look of it, but found it really hard to get the binding to sit flat, so I unpicked the shoulder seams, and attached the binding in 2 separate pieces to each neckline, turned them under and stitched them flat where I wanted it, then did the shoulder seams. Probably not as nice on the inside but I care not a bit if it looks good on the outside!

And despite it being 30 degrees today, and as humid as the equator, I also styled Twiggy in Autumnal fashion, as this is likely how she will be worn for much of her life: 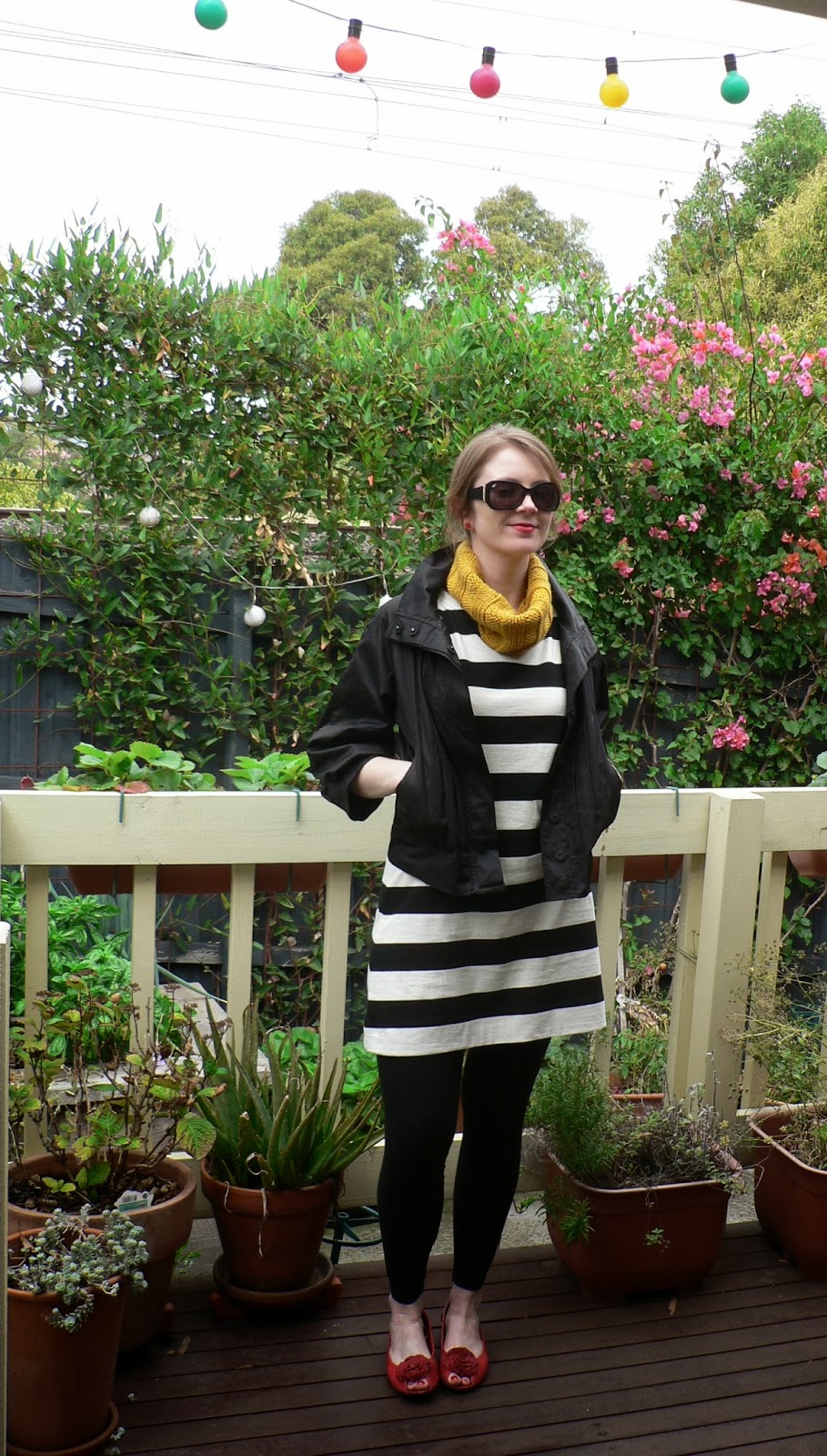 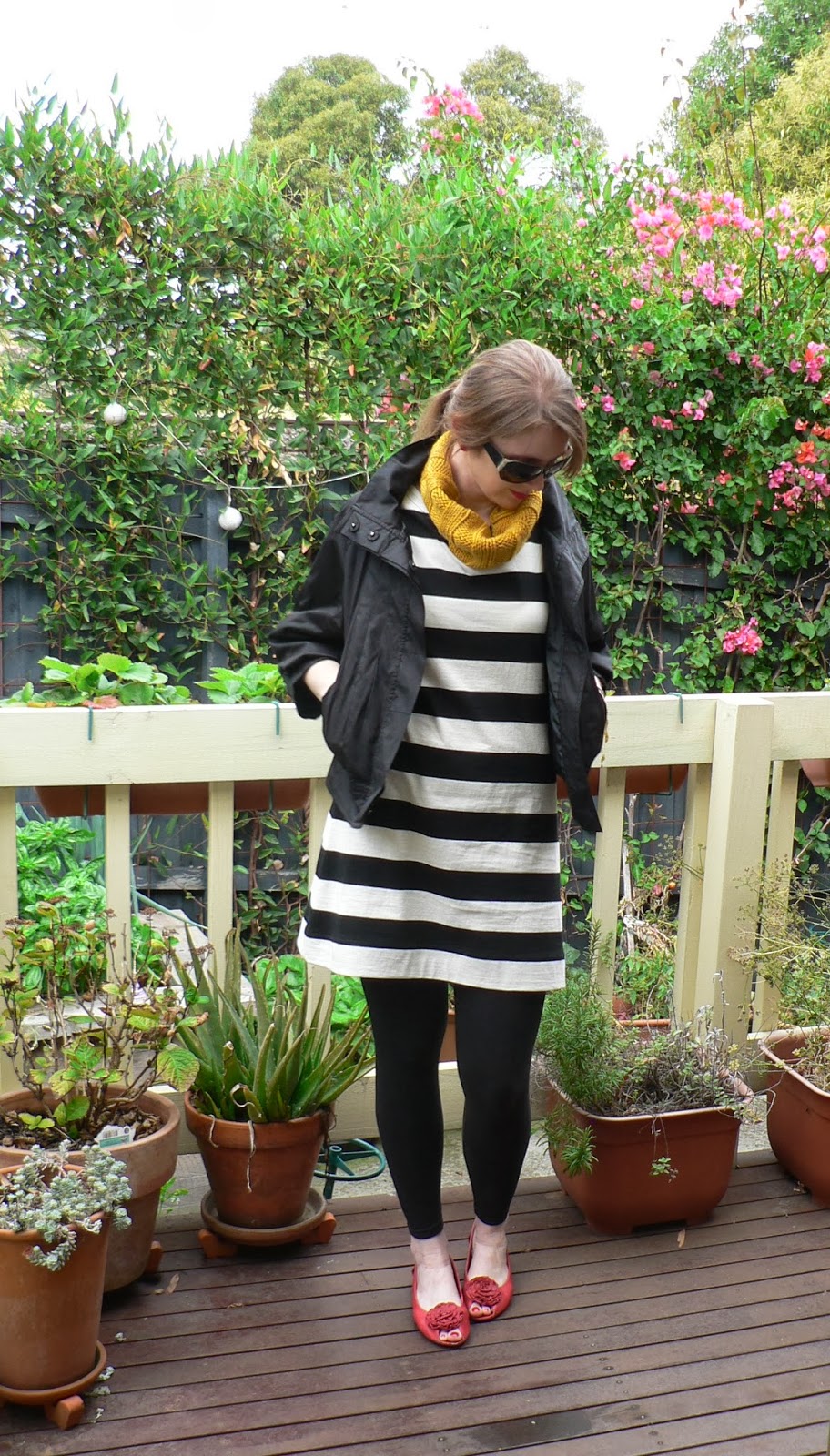 And now a picture of the real Twiggy herself - I did try a pose for you but it wasn't good. Trust me.