Quite often Occasionally I'll make something and it's a bit of a flop. It might be poor fabric choice for the style, poor style for my shape or crappy sewing. Fortunately they are getting rarer but it kills me when it happens with a fabric I adore.  But I'm a stubborn mule and quite often I've been able to salvage some or all of a failed garment into something wearable. For this reason I never throw away leftovers of a beloved fabric unless they are tiny unusable scraps. 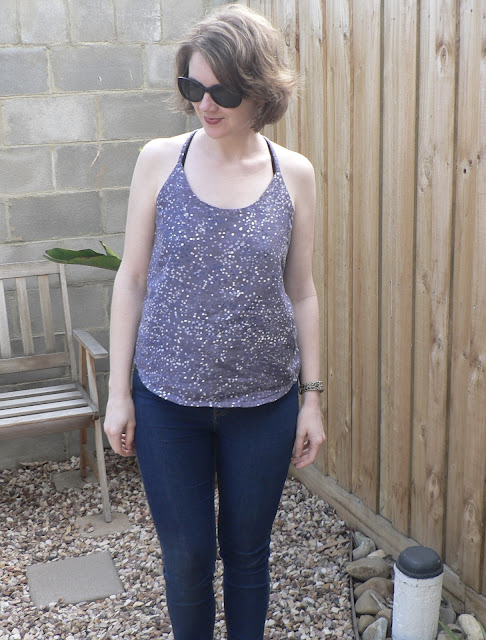 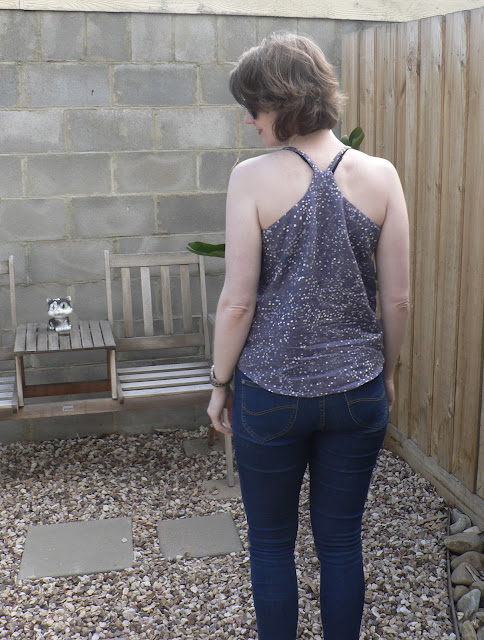 My phoenix from the Ashes this time around is this beautiful Nani Iro double gauze in Melody Sketch that I made up into a rather nasty Wiksten tank a few years ago. I was never happy with this top - I'd fiddled with the straps, struggled with the bulk of the double gauze when binding the neckline and armscyes, and by the time I got to the hem I think I was beyond giving a crap, and it showed. I've been planning to remake this into at least a standard camisole top for at least 18 months but the idea of unpicking all that bias and French seams was about as appealing to me as repainting my house so it languished in my Basket of Shame/UFO's/Refashions until early January. I'd had to have a minor surgical procedure, and on the morning of the day, in an attempt to distract myself, found myself tackling all the shitty little housework jobs I'd been ignoring for months, including said Basket. 3 days of couch confinement post op gave me the perfect opportunity to unpick the thing. 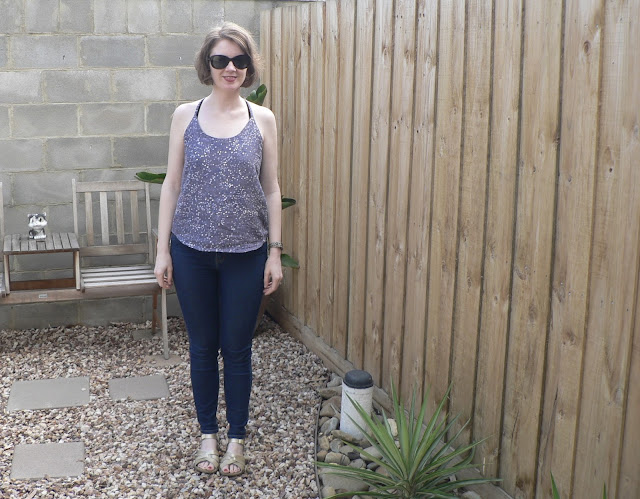 Now in my post about the Ruby top I mentioned a cheap little racerback bra I'd found. It's really a glorified crop top, not really offering any support but just a little, and one extra layer between bare skin and fabric. I've always loved racerback camisoles - so elegant and insouciantly chic but I knew I'd never be able to freestyle braless. 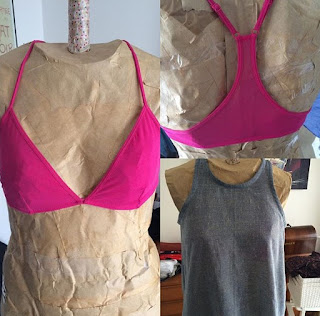 But with the discovery of these little bras I wondered whether I'd be able to draft a racerback camisole to match the bra line. It was highly unscientific, but by pinning my fabric pieces to my dress form over the bra, marking the bra-line with one erasable ink colour, then adding my desired finished neckline plus seam allowances I was able to drape a pretty wearable camisole! It's finished with a self drafted facing and roleaux straps - easy peasy! I really like the facing finish as I just struggle so much with making bias straps look nice on camisoles. 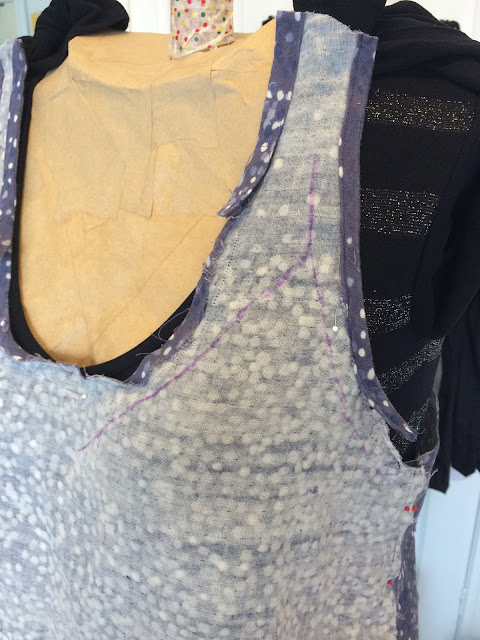 Because I was using fabric that was already cut out for a dartless tank I was limited with any shaping, but I think future versions will involve my beloved New Look 6808 bodice which has a bust dart. 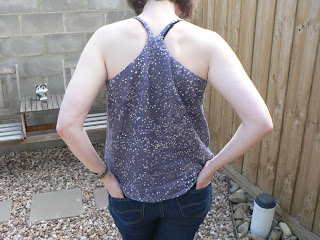 Now I've stated before I've no real interest in bra-making, and that still stands. However I did find an Ohhh Lulu bra pattern called the Scarlett that is very similar to my little bra if such things floated your boat. As for tank patterns that have a similar back to this - there's a couple of Big 4 patterns floating around, but really this was not hard at all. If you've a tank or camisole or even basic bodice pattern that already fits it's well worth playing around to draft your own!

Check out these pretties for some inspiration (all via Polyvore). Next summer there will definitely be silk racer back tanks in my queue...... Do you like this silhouette?