Finally I've scraped together some time and a reluctant model to post my final project of 2015. The origins of this project stem from our honeymoon to NYC, in 2013. My beloved found a raffia Ben Sherman flat cap in a department store, instantly christened it the Geezer Cap and was devastated when I firmly but kindly advised him it wasn't a winner. He never forgot about it though, and often reminded me of how much he loved it and wished he'd bought it anyway and maybe I could make him a cap?? Hmmm.... no.

Fast forward to last year when Lara made her Dad a leather flat cap using the You Sew Girl  Flat Cap pattern by Nicole Mallalieu. I made the mistake  of showing it shared it with my hatless husband, who was delighted with the find and proceeded to nag me for one over the next 6 months. 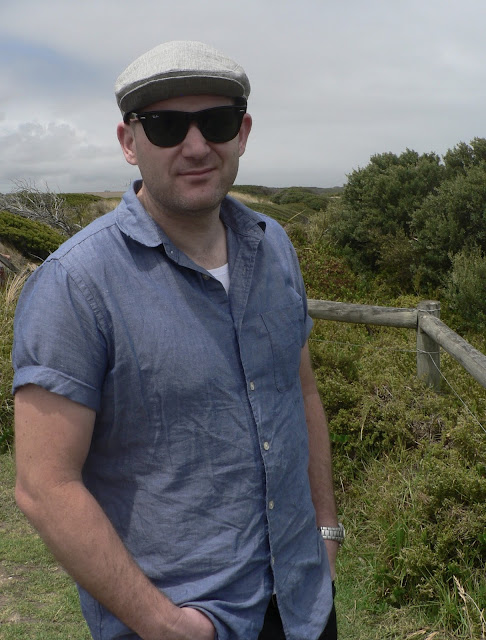 I was able to sneakily make it for him for Christmas and disguise it wrapped up inside an empty chocolate box - it's always nice to be able to surprise a loved one with exactly what they want, isn't it? 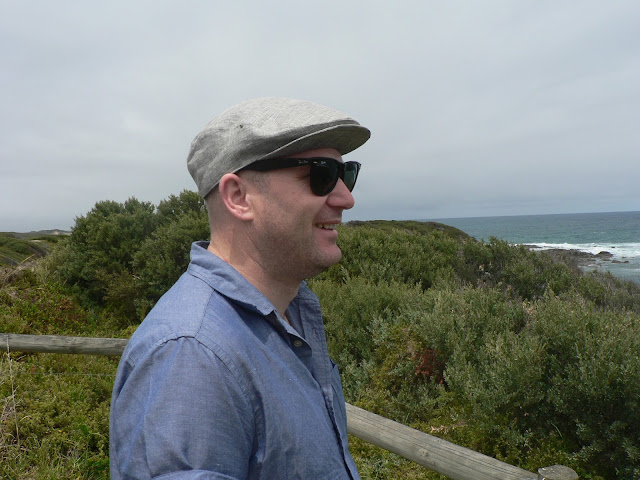 It's a great little pattern, and quite straightforward if you have confidence in sewing curves. The instructions are excellent, and if you follow the directions and markings accurately it comes together really well. The pattern is available as a PDF, and Helene stocks the paper pattern at Stitch 56.  I made a size L - not being able to measure my beloved's bonce I had to make a guess, and I used the inside of one of his bike helmets as a guide. It has come out a little big, but for a summer hat I think that's ok. I'd look at sizing down just a little if I make it again out of a tweed for winter. This version is made from a fairly heavy printed linen generously bequeathed to me by Anna. I considered interfacing it but in the end decided it would be ok. 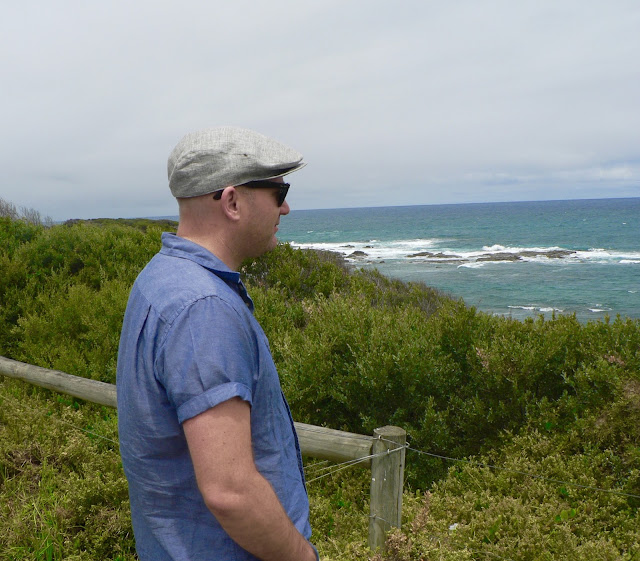 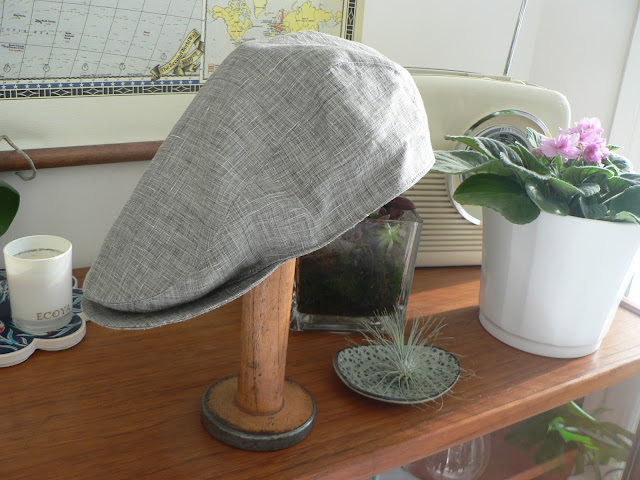 I lined the inside with a scrap of leftover quilting cotton that I used to make him a shirt in 2014 - I think it's a great choice, and adds a little more structure to the hat which allowed me to avoid interfacing. 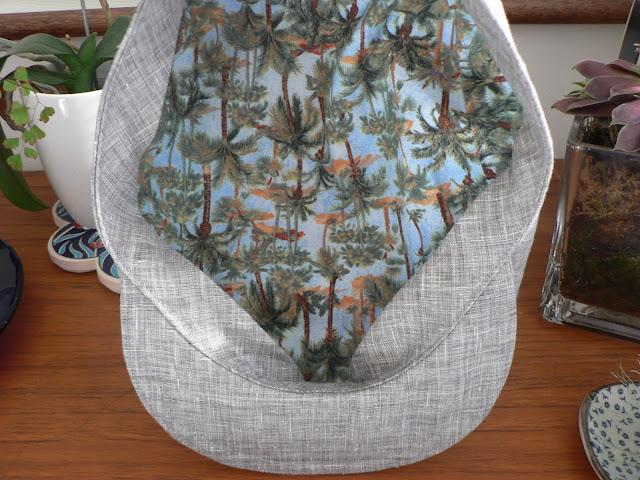 It would have been a very quick project, maybe 3-4 hours, if I hadn't been a total derp and ironed the plastic brim. I know, I know - moronic. The brim is made from stencil plastic, wedged inside the fabric layers and I just didn't really think it through. So there was a bit of unpicking, angst, rage, frustration and self flagellation, but it all turned out in the end after I replaced it. I might have to have a bit of a think about what to use for a winter version. I think the plastic is a little flimsy, and my brief online research shows that professional hat makers use heavy interfacing rather than plastic. 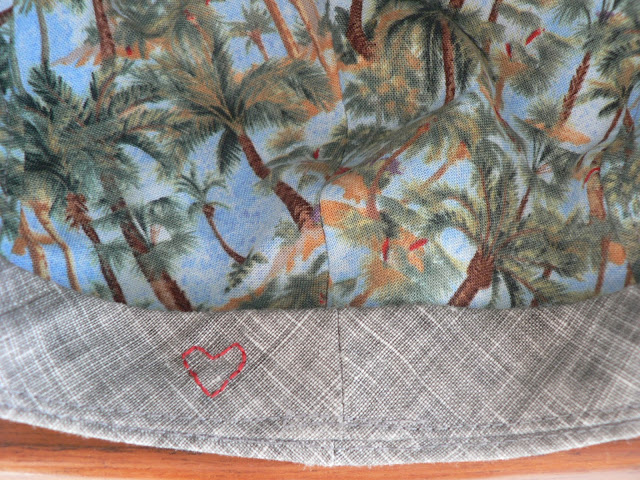 Just to prove my love I even did a little crappy embroidery inside on the band. I'd consider making the hat band out of a different fabric if making a wool version - just to avoid an itchy head situation. 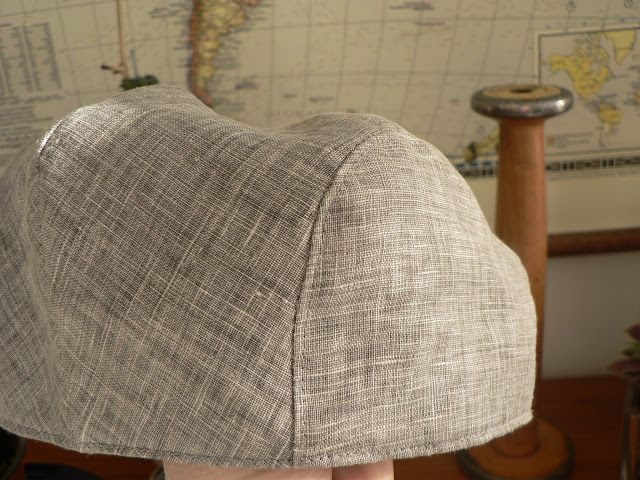 So now he's got his Geezer Cap, and it's bought me at least another 3 months before I have to start thinking about making him anything else! It's a great Dude Sewing project - lots of fun, uses hardly any fabric and looks pretty darn profesh if you ask me! 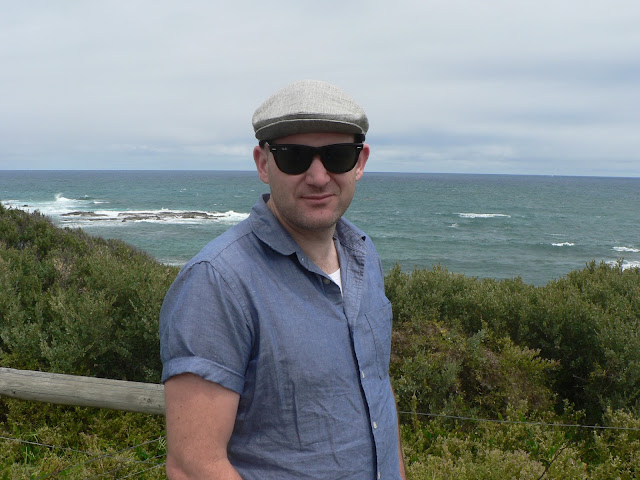