Hello friends, I thought it time to dust off the old bloggo for another year. I’ve been sewing, regularly and mostly successfully, but not too many new patterns, mostly repeats of old favourites. But last November was Melbourne Frocktails, and I wanted to make something a bit swish that wasn’t a knit.

I was drawn to Papercut Patterns Sierra jumpsuit after seeing Heather Lou’s gorgeous linen version. I feel Heather and I have a similar body shape, and hers looked so fab on her it was worth the time and investment. I decided that in a solid black I’d be able to get some decent wear from it throughout summer - dressed up or dressed down with the right shoe. The fabric I chose is a linen-Tencel blend, from Darn Cheap Fabrics - as you can see it creases pretty much like linen but it’s a little drapier and more refined than linen, great for a garment that doubles for day and night wear. The bodice is lined in black cotton voile. 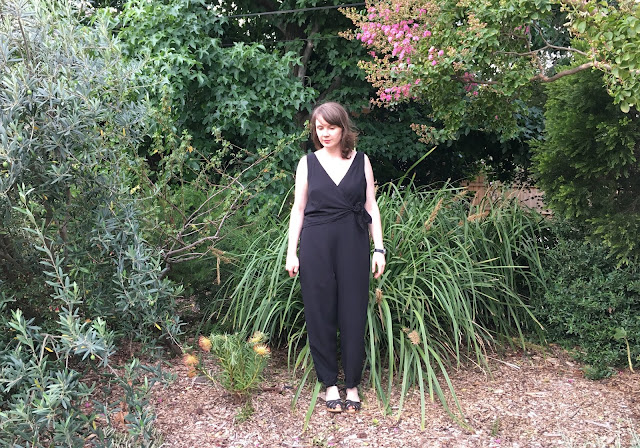 As I mentioned above I made this in October last year, and since making this I’ve lost 5kg. So the photos don’t really do it justice. It’s just too big now. I did want to get it blogged though, as (unsurprisingly) I have many thoughts, opinions and adjustments to comment on. 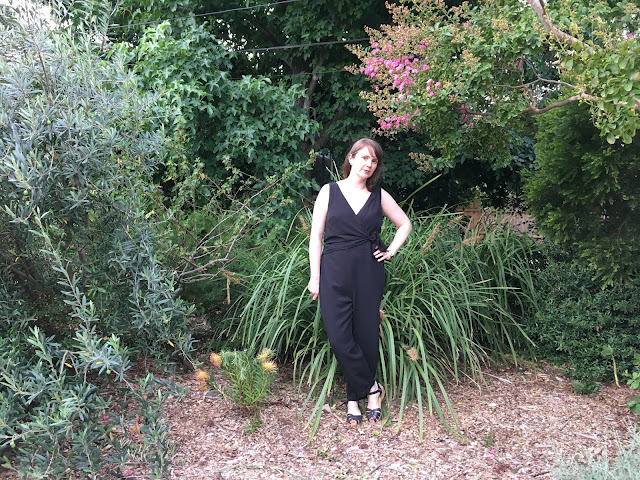 I made a toile for this. You’d be crazy not too. Not just for fitting purposes but for a little primer in the construction. I feel most grateful for the several ladies who had already made and blogged this - without their excellent posts I would have really stumbled. My husband and I are firm believers in the 5 P’s (prior preparation prevents pisspoor performance) and boy did I do my homework with this one. 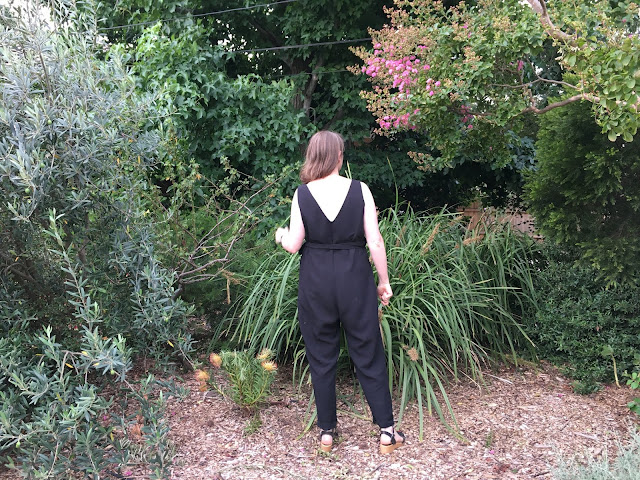 When toiling I cut a large, as that’s what my measurements put me in. It’s definitely a roomy fit. In the end I could have gone with a medium on top and been fine. I cut the playsuit (shorts version) to save time and fabric. The armscye was gaping a heap, so I removed 2cm of excess fabric and rotated this into the bust dart. This had the useful effect of raising the armhole. The armhole was still too low (nursing bras sit a lot higher) so I raised them by another 2cm. It was a little wide under the arms, so for the final version I trimmed down to a medium above the dart. The centre back was about 1.5cm too low, showing my bra, so this was an easy fix. 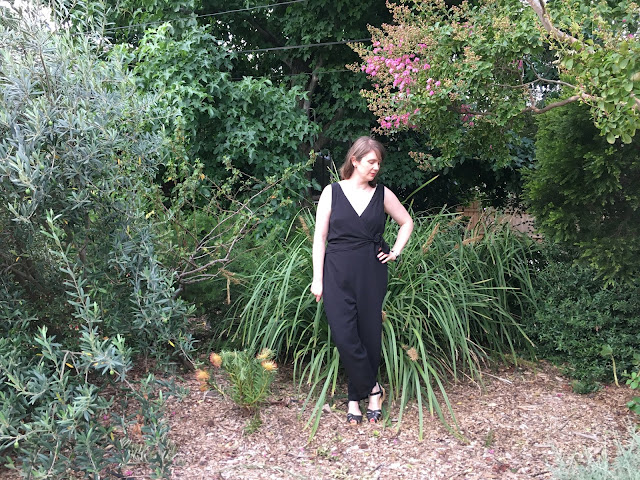 I found the shape of the front crotch curve all wrong for me (not a surprise when you look at my Palisade Pants post) so subbed it in with the Sew Liberated Arenite Pants curve - this had the effect of shortening the front crotch curve. It still was just a little long in the final version - I could feel my upper thighs touching, but this can be super tricky in a jumpsuit. It’s important to avoid over shortening the crotch depth and giving yourself a wedgie if you raise your arms.

I did add in a 2cm full seat adjustment, just as a little precaution. In the final version I narrowed the legs a little (just by increasing the seam allowance to 15mm. I left out the zip as I found, as many others have, that I could wiggle out without it. I also chose to leave off the pockets. I don’t like hip pockets that aren’t incorporated into a waist seam, and I felt that adding them to this would really add to bulk at the hip line. I couldn’t be bothered redrafting them to be caught in the waistline, so that was that. 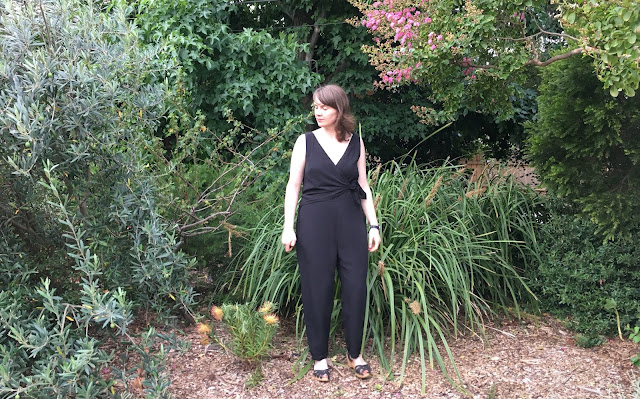 I know that seems like a lot of alterations, but it really was just a few tweaks here and there. But in my opinion the instructions really aren’t stellar, and there’s a few unnecessary steps that just add work without any obvious benefit to the garment.

Despite my alterations and pattern critique I was thrilled with my finished Sierra and had a fabulous night at Frocktails. I managed to squeeze in wearing it to two more events, my little man’s 2nd birthday party and a Christmas party - so not bad compared to other fancy Frocktails garments I’ve only worn once or twice. I’m rather sad that it is so big on me now and have considered taking it in, but it would require a huge amount of deconstruction. I’d rather keep the finished garment as is, maybe find it a new home and make myself another next summer.


We’ll see - there’s always something else in the queue, isn’t there? ;)