Oooh what do you think of my bloggy spruce up? It happened quite by accident (although I had been thinking for a while that change was needed). This morning I went to write this post and noticed Blogger had some new templates. I clicked on one, Soho, went 'Oooh' myself and slid down the html rabbit hole for the next couple of hours. At one point I believe my header picture was a beautiful photo of some figs, and at another point someone else's very handsome cat was glaring back at me, but eventually my toes appeared and I was satisfied it would do for another 4 years! 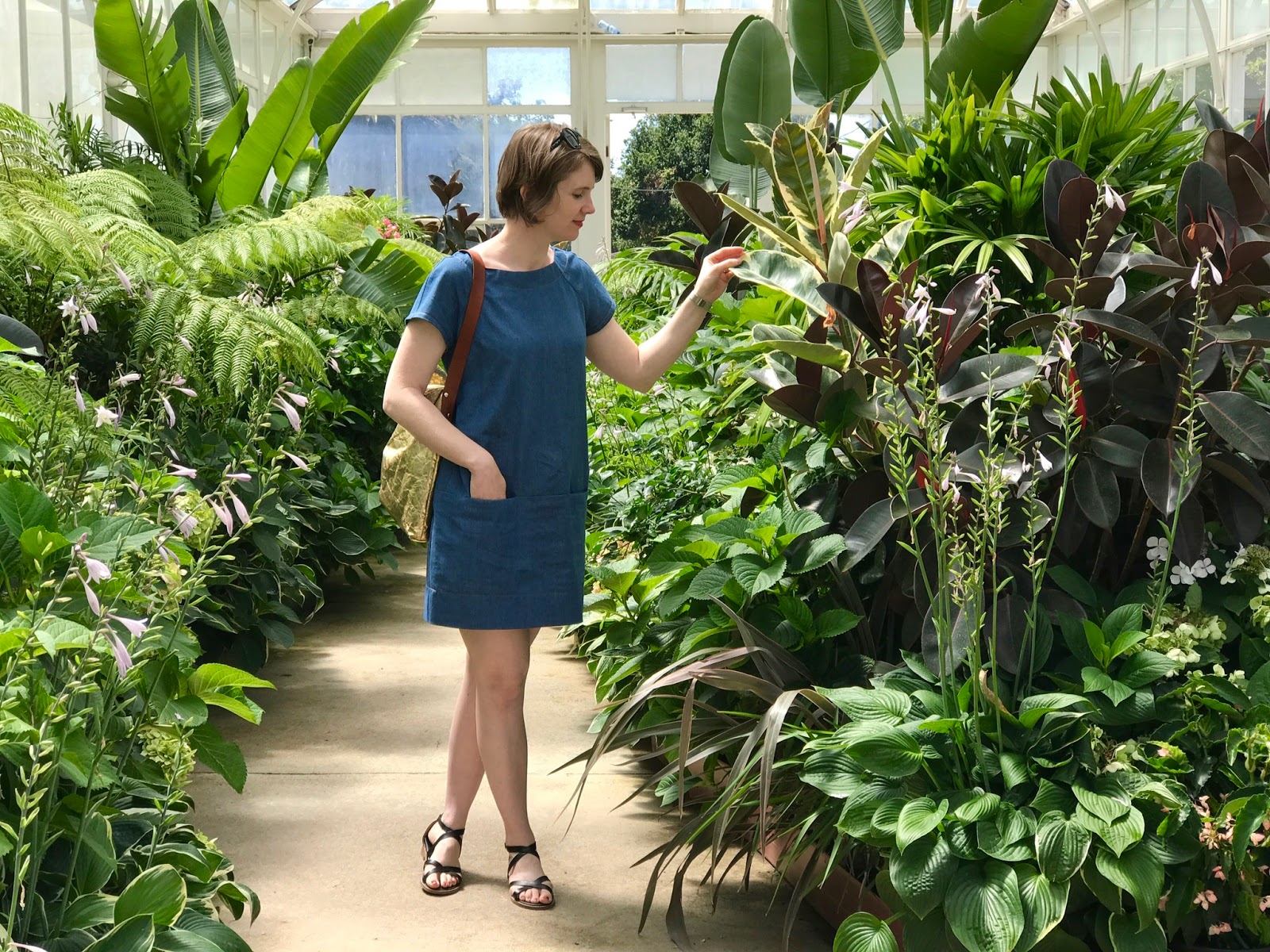 The other New Look I am sharing with you (see, now you get it don't you?!) is New Look 6411, a simple raglan shift with bust darts, a slight cocoon hem and a neckline facing.

I first started planning a version of this dress last summer, when a client came into work wearing a very cute little denim (or maybe tencel) shift - cap sleeves, relaxed fit, and some pockets in a cross-body seam. I filed it away in my little mental planner, and when I found some very lightweight denim at Spotlight I knew exactly what it would become. 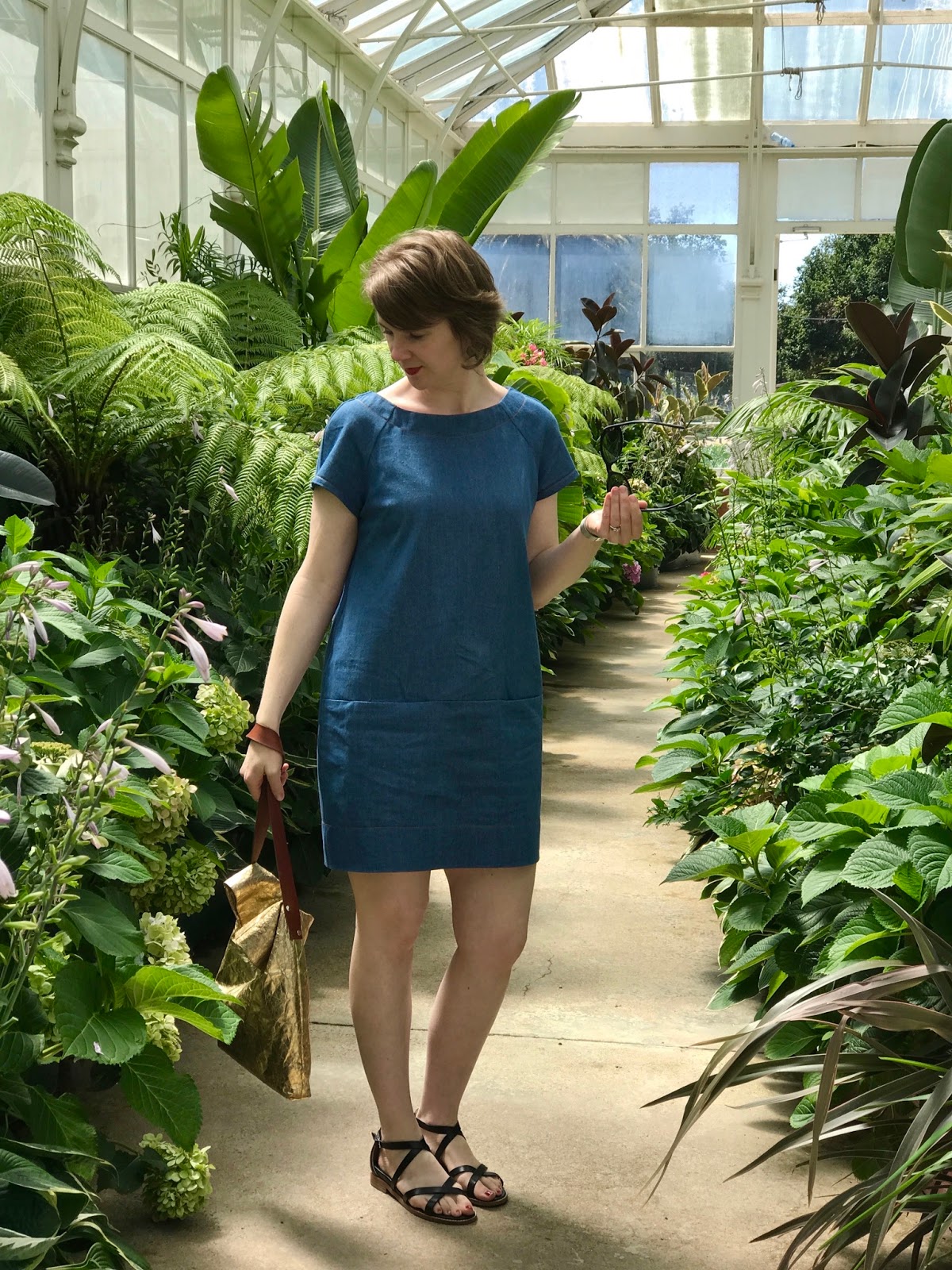 Many patterns were auditioned for this frock, but in the end I went for this one just to try something different. I've not made many raglan garments, but I know New Look patterns seem to fit me very well with little alteration so I had high hopes. 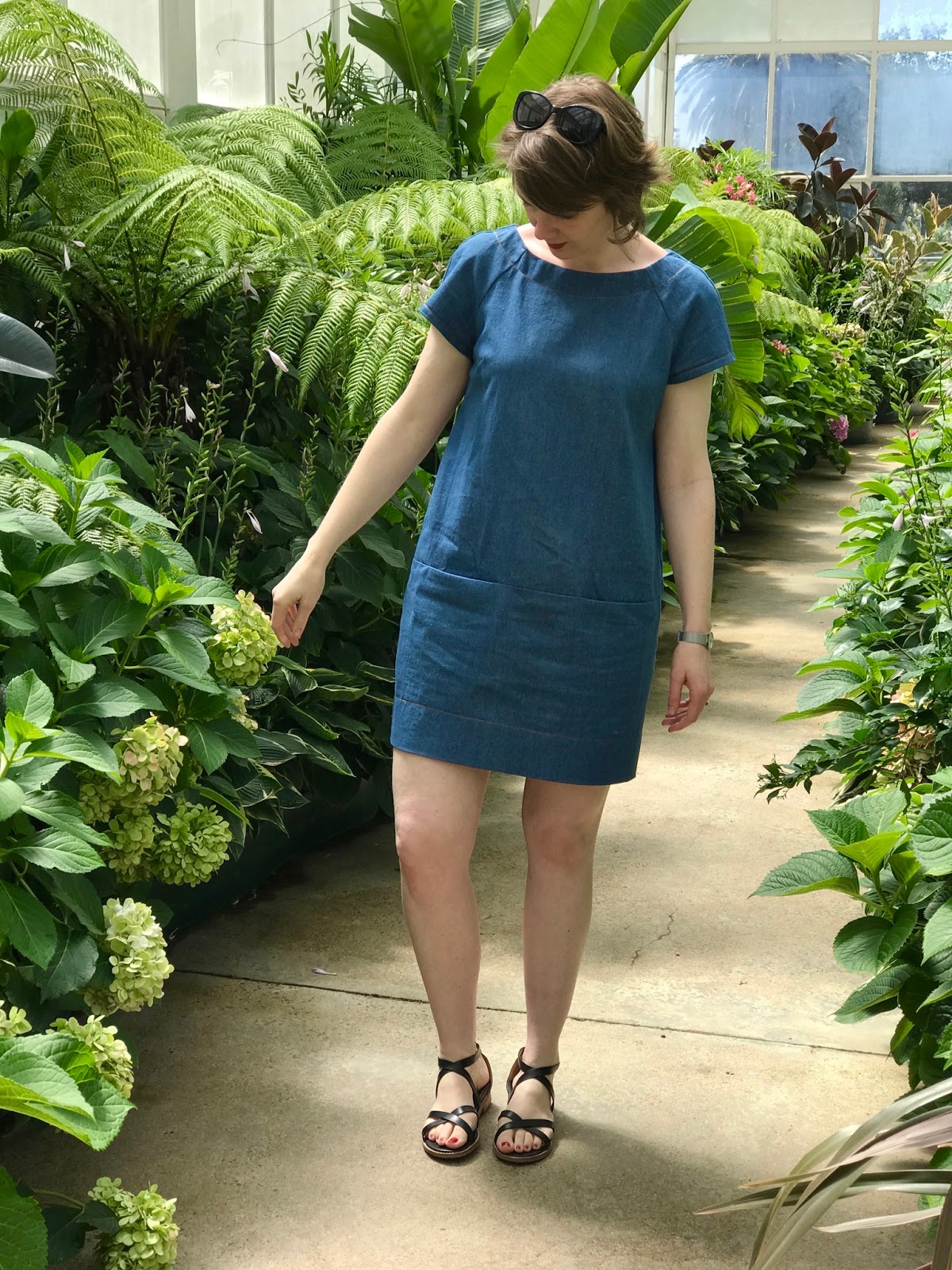 I whipped up a very quick toile using a crazy cotton linen print also from Spotty. I decided to cut a 12 sleeve/neckline, 14 bust (as per my measurements) and a 16 hip (also as per my measurements). The fit was really pretty good straight out of the envelope but I ended up adding 2/8 to the side seams from below the bust for just a little more ease to match my inspiration idea. I was able to perform a 1cm forward shoulder adjustment on my toile (thanks to 1.5cm/5/8 inch seam allowances!) using this tutorial and it worked very well. I decided I wanted some shaping in the back and I was also able to establish that the back neck opening really isn't needed and so for the final version I was able to eliminate the CB seam altogether. 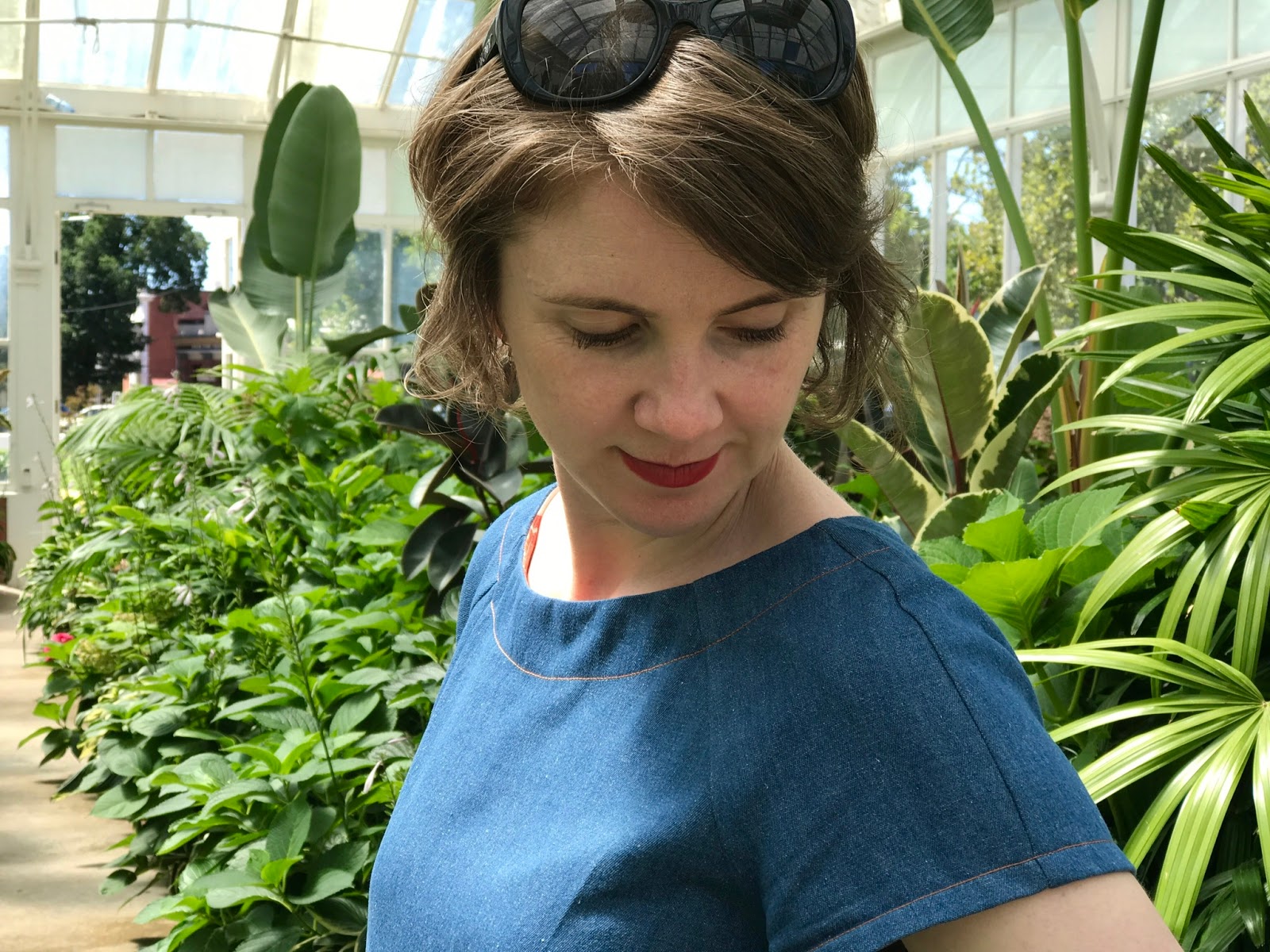 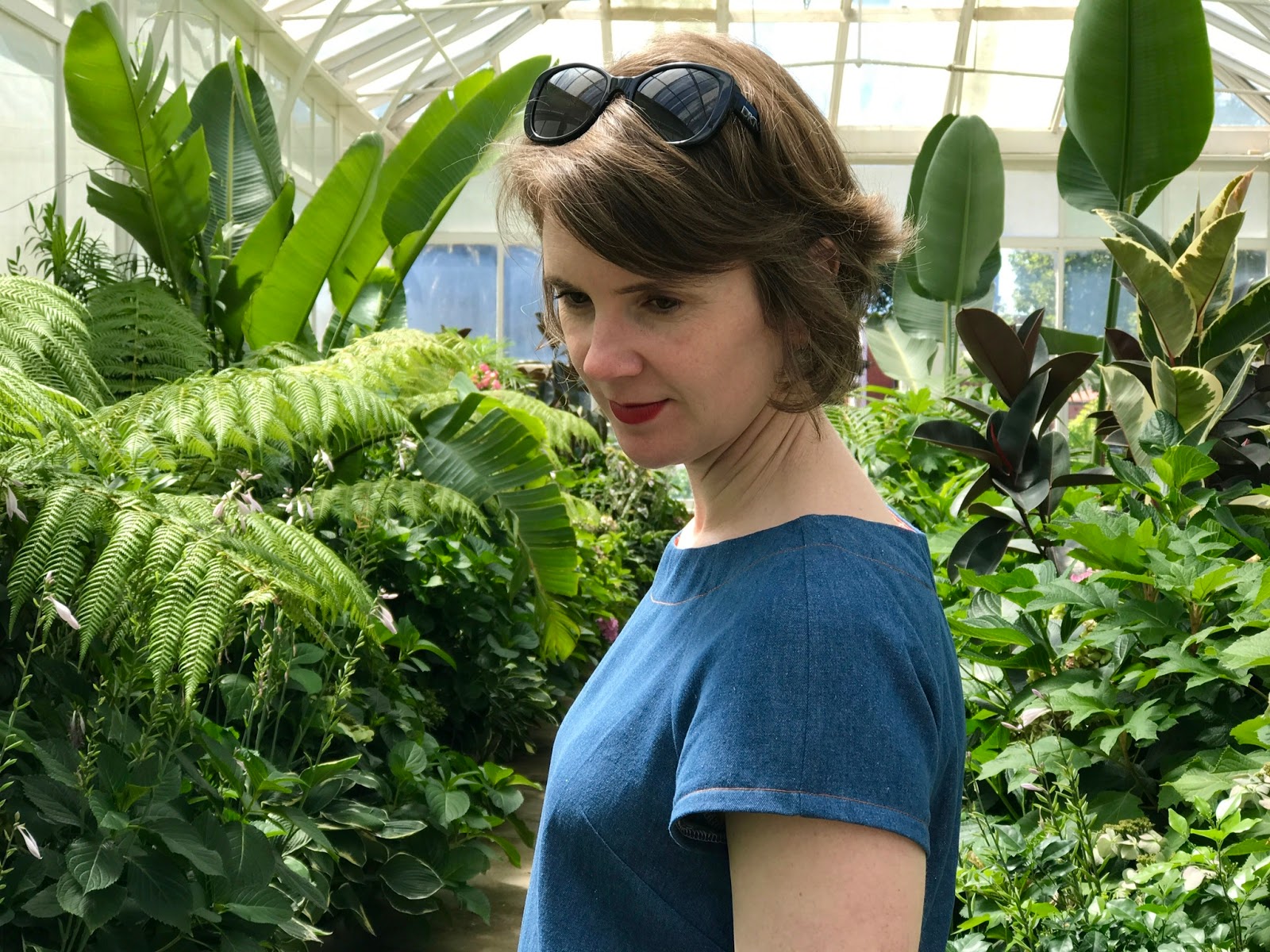 I'm so pleased with the fit of the toile that eventually I'll make it up properly and wear it as a top (it really is too much as a frock I'm afraid). 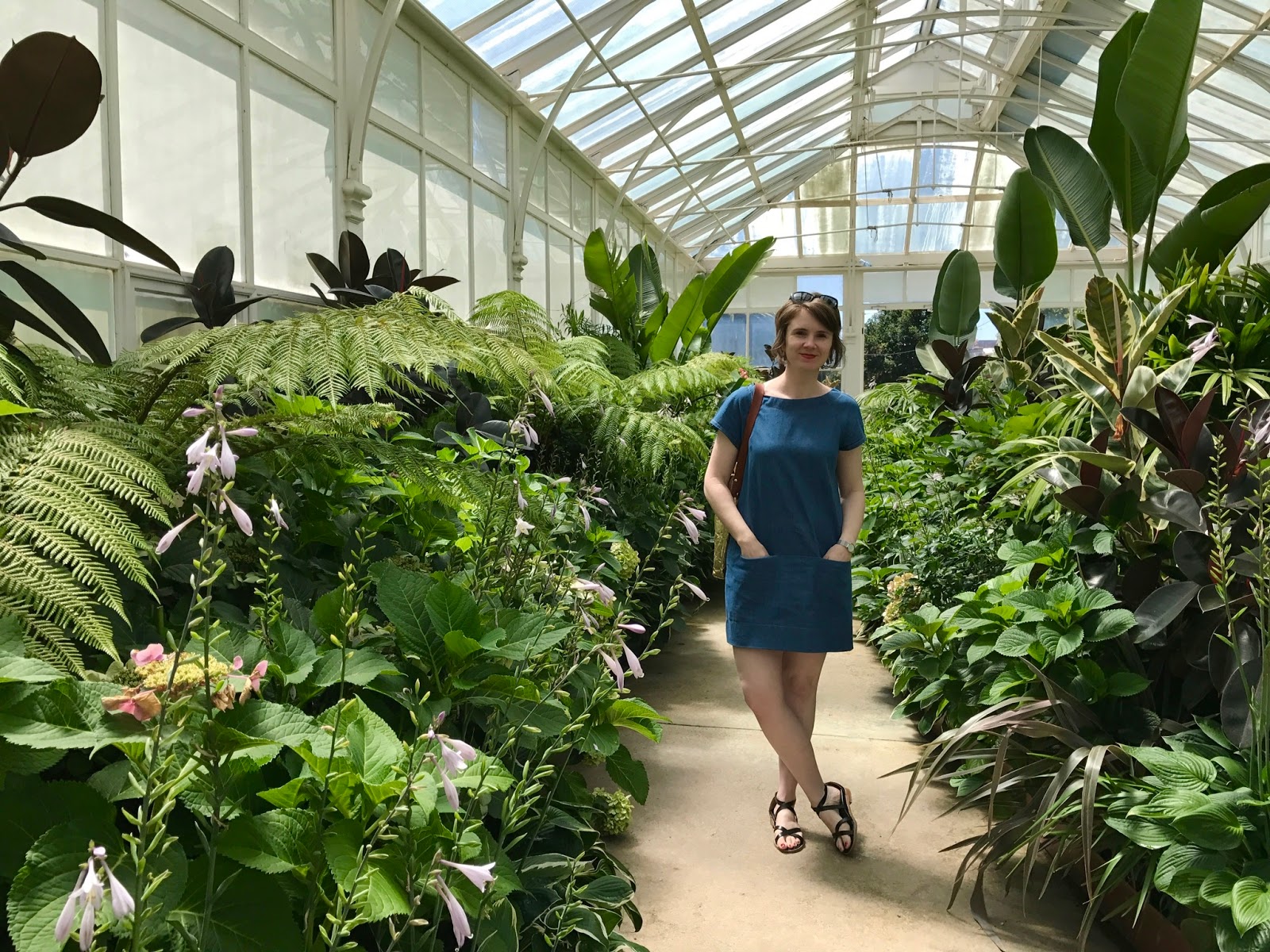 And so to the final version - it's probably easier to just list the changes I made - it seems a lot but really they are just tweaks to get the look I was after:

- extra 2/8 inch on side seams from below bust dart
- 1cm FSA (apologies for switching between metric and empirial but I really do use and think in both!)
- added the back darts of New Look 6808 for some subtle shaping 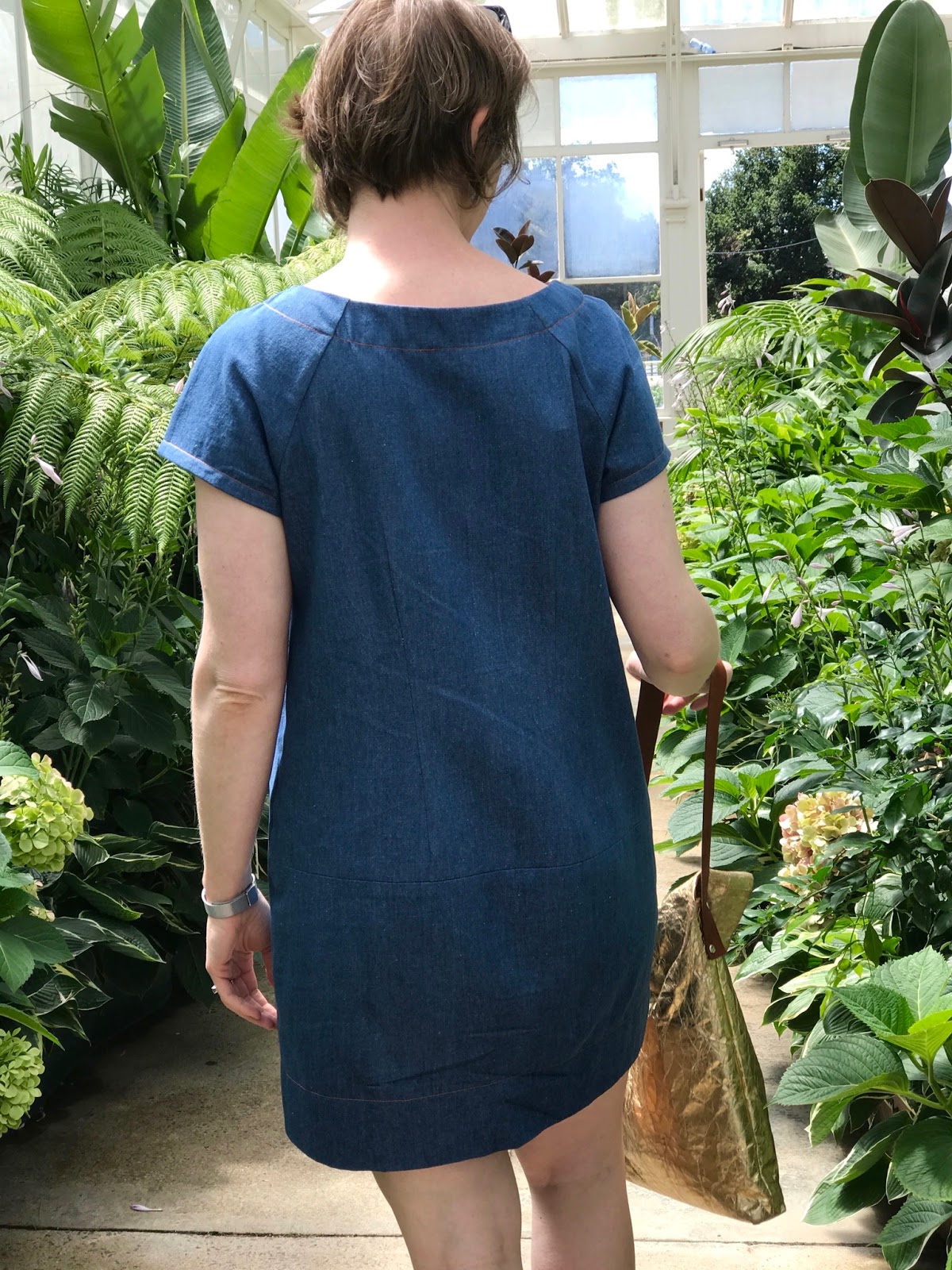 - shortened the sleeves to be as short as possible and still have a hem allowance
- shortened the length (considerably - several centimetres, strumpet that I am)
- eliminated centre back seam
- added a seam mid-hip to front and back pieces, with inseam pockets. I used this Colette tutorial,  and from memory I suspect I just drafted the pocket pieces myself. The only deviation I took from the tutorial was to attach the pocket pieces with a 1cm or 3/8 inch SA rather than 5/8 inch - it just helps to keep the edges of the pockets rolled in, not so much a big deal if you use self fabric but important if you use a contrasting one. 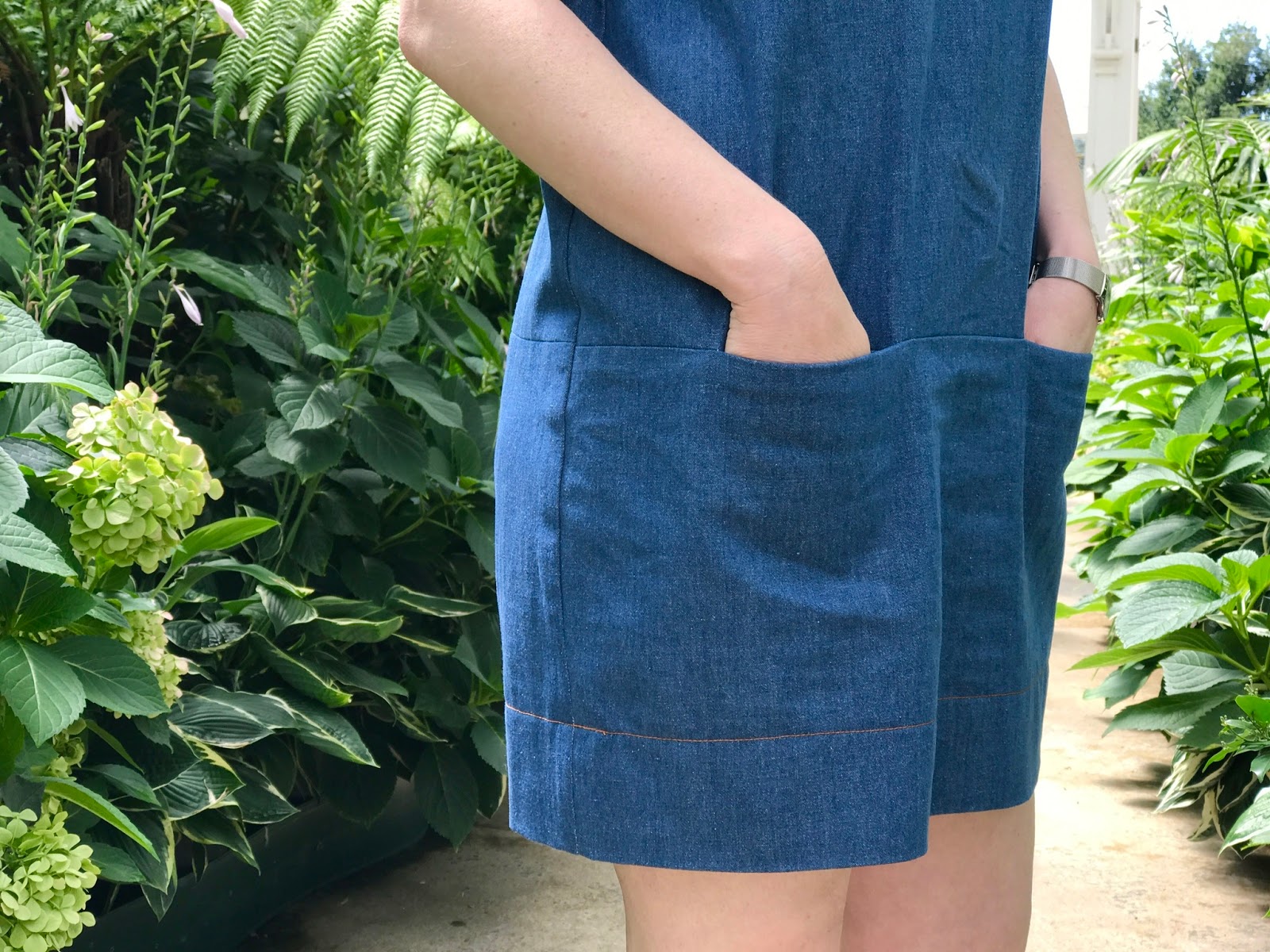 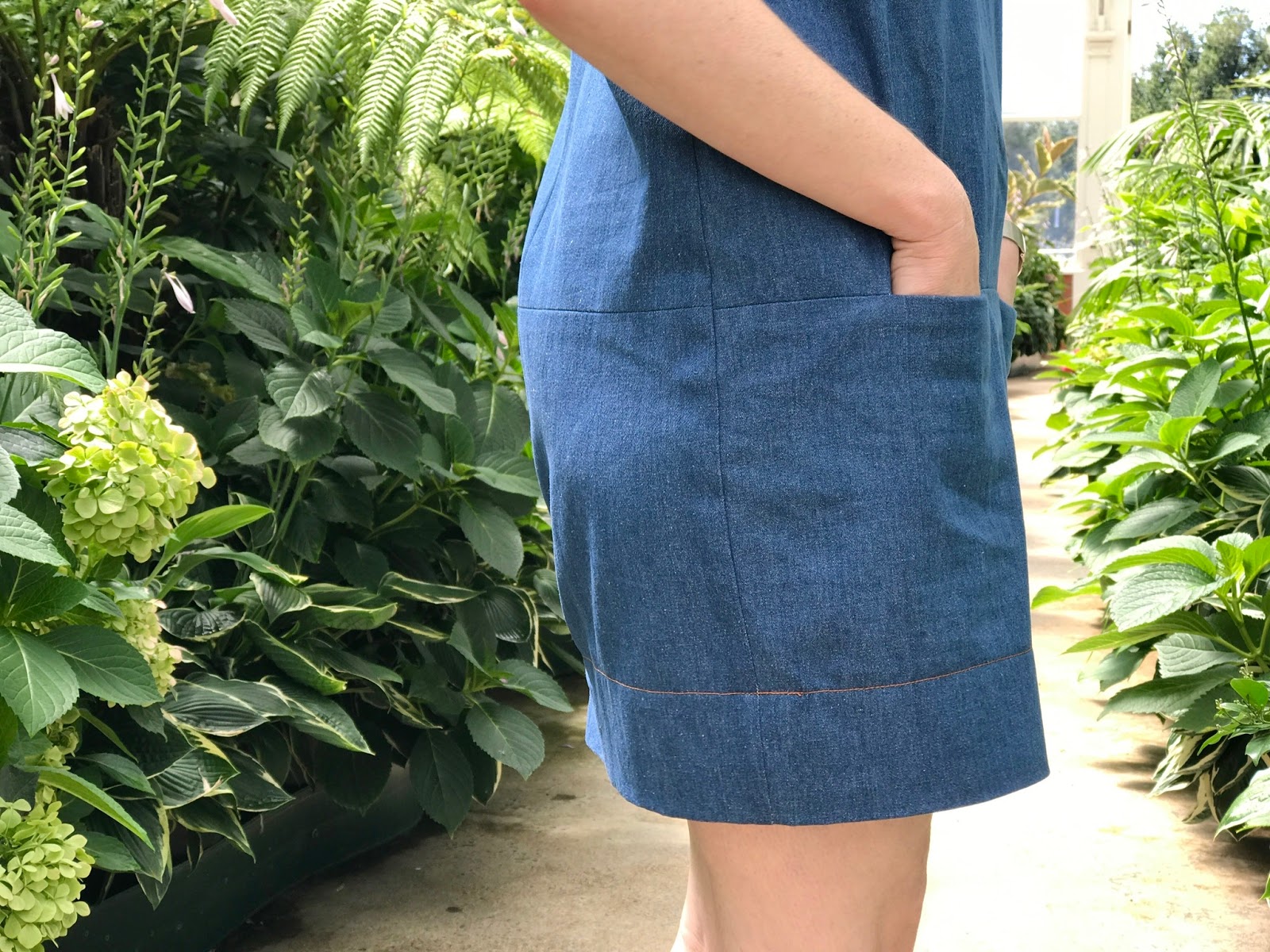 I hope you don't mind my photo overload - Anna and I went on a daytrip to Bendigo a few weeks ago and the light in the conservatory was so amazing, and the plantage so beautiful, it was quite hard to pick just a few favourites!
Labels: dresses Finished projects New Look 6411