A couple of weeks ago Monika from Schneidernmeistern patterns put out a call on Instagram asking for English speaking seamstresses to make up her new pattern and check her English instructions. The pattern is Karl, a knit dress with a funnel neck, and being rather partial to a funnel neck I put my hand up to give it a whirl. 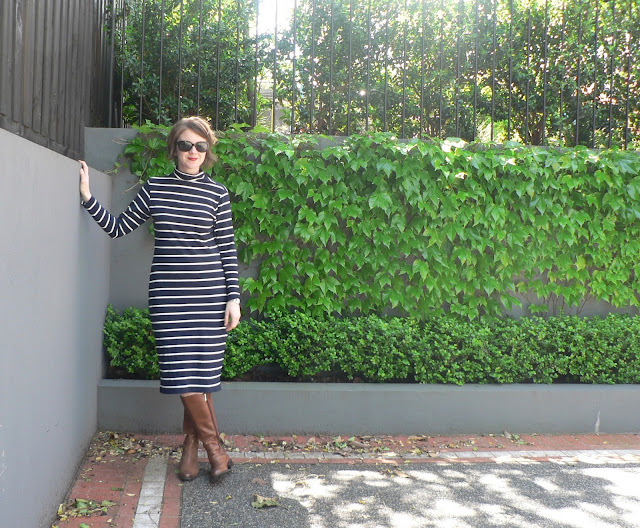 It's been the coldest, wettest spring here in Melbourne, and I suspect I probably wouldn't have been as interested to make this up if we'd had a warm spring! But I was freezing, and that funnel neck sucked me right in!

It's designed to be a relaxed fit, finishing mid calf. It has some waistline shaping, a snug funnel neck and fairly fitted sleeves. As is common with European patterns there are no seam allowances included, but in marvellous compensation it does come in a copy shop file with no overlapping so adding them in is pretty easy peasy!

Now Monika is crystal clear about the type of knit you need for this - something with about 60% stretch to be able to get the funnel neck over your head. And like Mr T I pity the fool who ignores this recommendation without adjusting the pattern because you will not get it over your head if you do! I've got a big head for a lady, so I made the biggest size in the funnel and it's tight getting it on and off (because I ASSUMED my stretch content, idiot that I am. Mine only has about 50% stretch). But fret not - if your fabric isn't super stretchy just add extra large seam allowances (as in at least an inch) to the width so you've room to play. 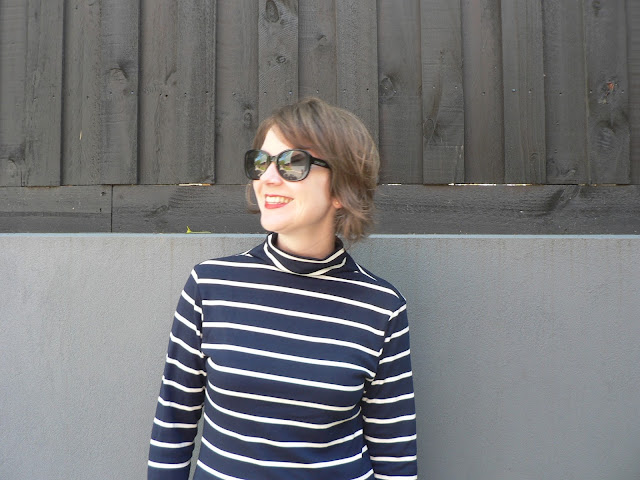 I cut a 46 in the neck width, a 36 in the shoulders and a 40 in the bust and hips but I ended up taking it in a couple of cm from the bustline to the hem, and shortening it to just below the knee rather than being mid calf.  Those proportions just worked better for me. It still has plenty of positive ease but is just a tiny bit more shapely on me. I reckon this would be great as a mini dress, and I'd leave the extra body room in if I made one. It would also make a terrific sweater too, if dresses weren't your bag. 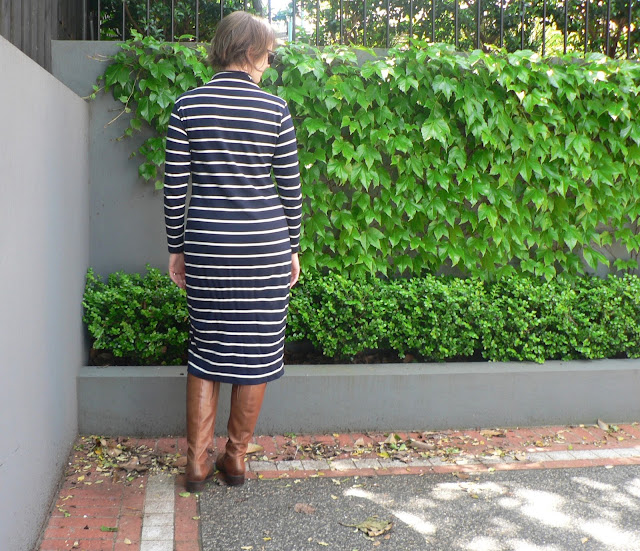 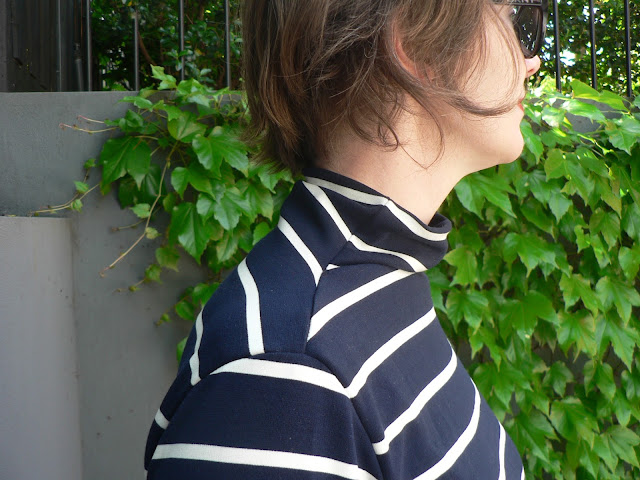 The fabric is a rather divine striped ponte from The Cloth Shop that has been maturing in my stash since last winter, and was always destined for a knit dress. It was lovely to sew, and is great to wear but combined with the funnel it's a very warm dress. I'd avoid synthetic fibres for this pattern.

I've already worn this twice, including my birthday dinner! Both times I teamed it with boots as you see here, but I also would wear it with sneakers to make it more casual.

If you'd like a Karl of your own it's on sale with a 15% discount until Sunday 6th November. Head over to Monika's website and check it out. I believe she'll be posting a round up of some of the other versions in the next few days. 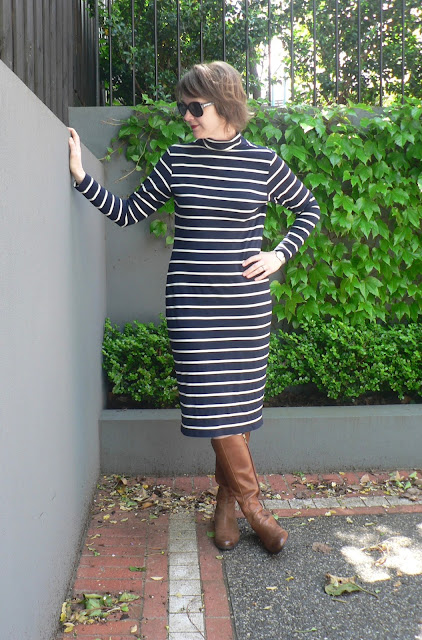