This last Saturday night just gone found me sitting in an auditorium of 2000 people, dressed as one of the Von Trapps and singing along to the stupendously fabulous film The Sound of Music, karaoke style. It was truly joyful. 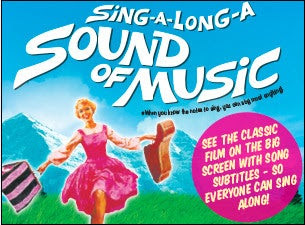 Yes friends, this weekend was Melbourne's annual Singalong Sound of Music, and I WAS THERE! Not only was I there, I was there in a self made costume, made from a genuine vintage stinky bedspread, channelling Maria's marvellous 'Curtain Playclothes' Collection. For quite a few years now the husband has graciously declined my suggestion that we go together, but our friend Matt was THRILLED to be asked along as my date. He was planning to hire a nun costume and go as the Reverend Mother, but I had other plans altogether. We were going in matching outfits and I was to make them. And make them I did.

Fabric - Horrendous synthethic single bedspread purchased for $10 at Savers Greensborough. This stuff was thick, frayed and the smell of it attracted my cat like a fly on a prawn in summer, but my good old Husky powered through with some denim needles and a very long stitch length. I ended up having to zigzag a lot of edges otherwise there would have been a significant risk that by the time Matt and I left the theatre our costumes would have evaporated. 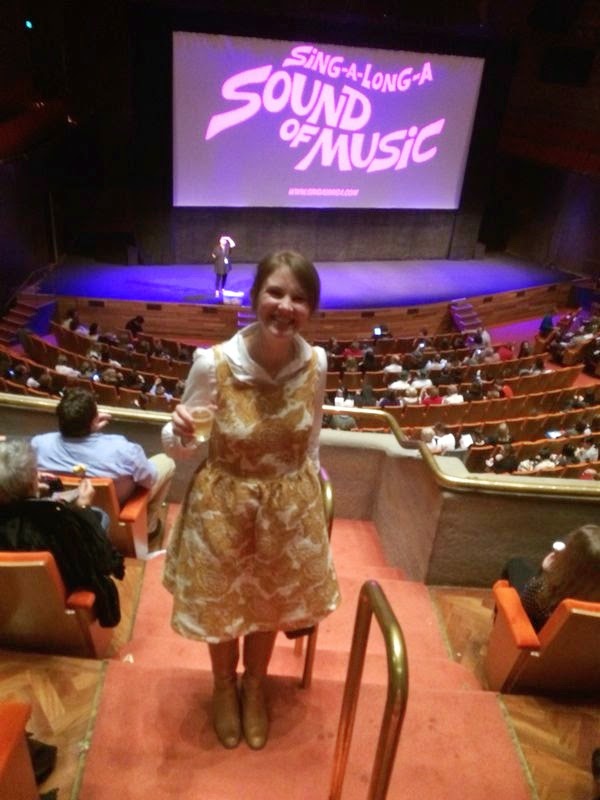 For my outfit I used the Colette Peony, the fit of which I perfected last year, just adding some extra fullness to the skirt. I finished the armholes in some cotton bias from the stash. The fabric was so thick, and I was in the midst of my recent man-flu - speed and ease were my buzz words so I couldn't be bothered with too much fancy finishing. I was extremely slatternly and just top stitched the binding down once without turning it under. It looks shocking from the inside, but pretty good from the outside. I did 3/8 inch seam allowances, to allow for some extra room to wear a blouse underneath and for turn of cloth but in the end needn't have worried. I smacked in an invisible zip for the first time ever without instructions (or pins! LAZY BUT AWESOME!). Worn with an op-shopped shirt and boots, with crazy milkmaid hair I think it was a pretty rocking combo.
Fortunately Matt's waist measurement is the same as my beloved's and so I was able to use the Thread Theory Jedediah shorts  pattern for his lederhosen. I'm certain thats what Morgan had in mind when she designed this pattern.... I left off the back patch pockets, and didn't worry about french seaming the front pockets, but otherwise followed the pattern. I'd forgotten how fantastic Morgan's zipper tutorial was - went in without a hitch. The straps (braces? whatever) I just pinned on in place, then stitched once I'd got the fit right. The shorts were a little big so the straps kept them on his body. He was so excited to be going that he ordered a genuine hat, shirt and socks combination from a Bavarian website....he looked awesome. 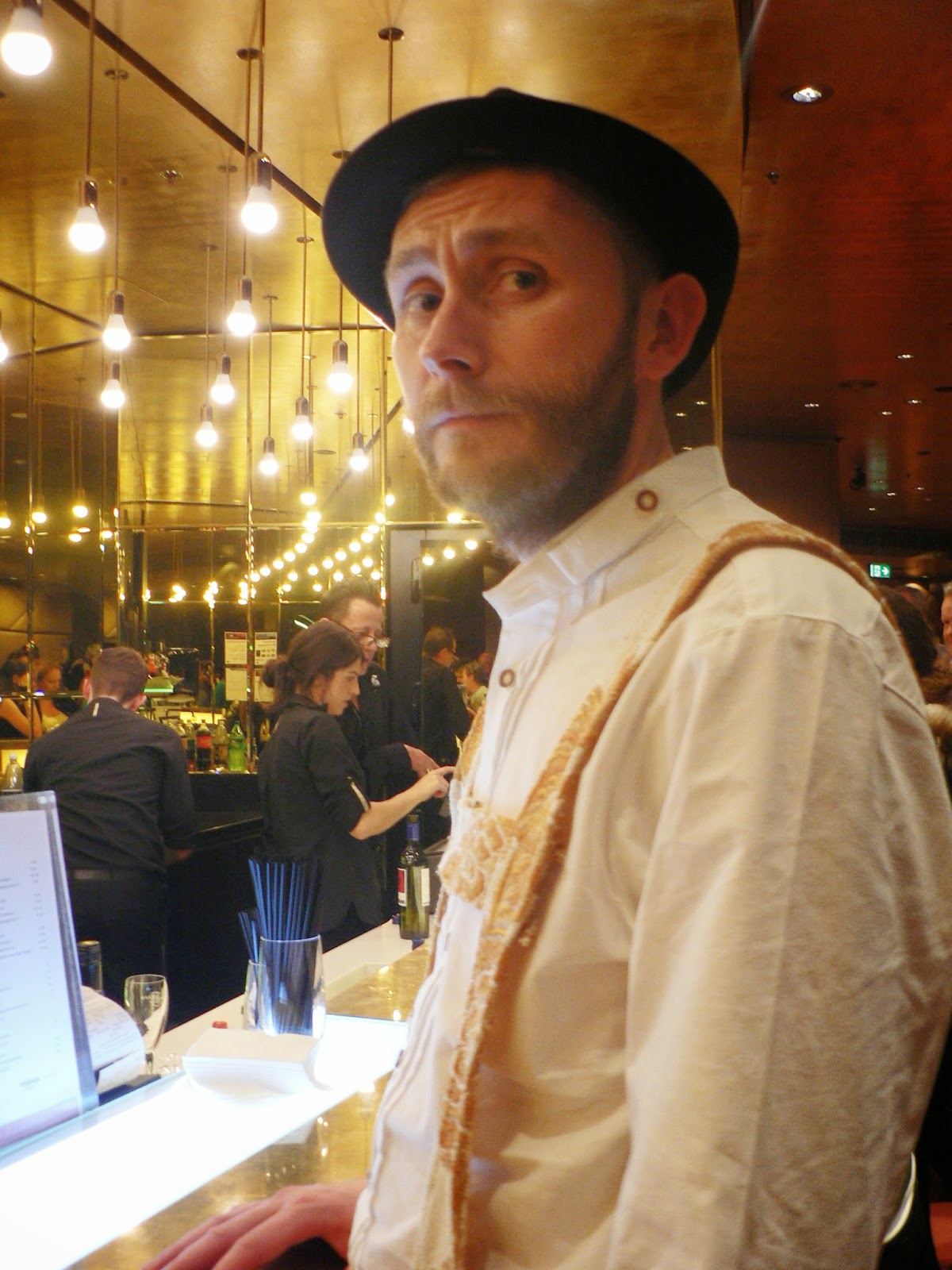 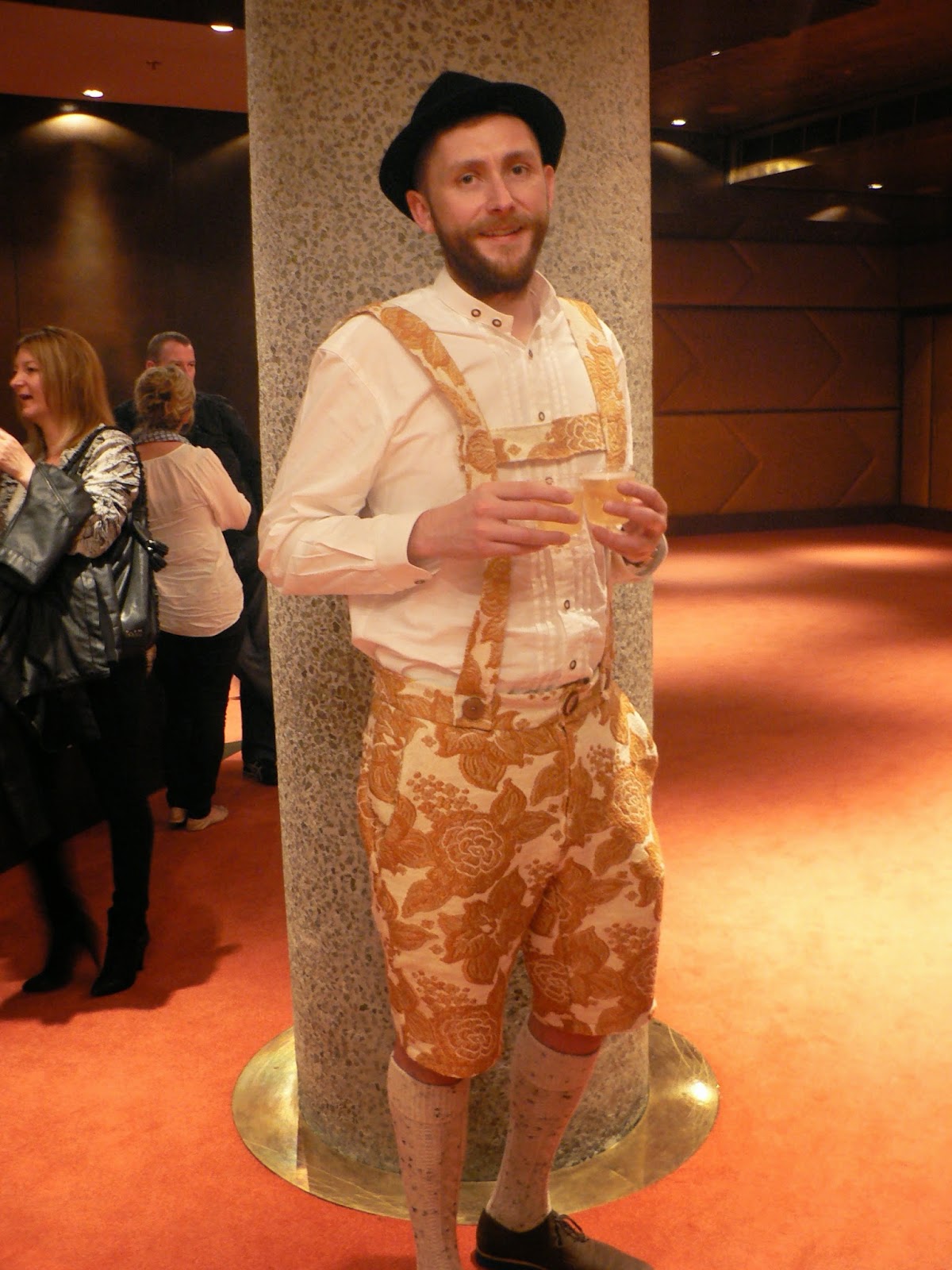 We both looked awesome! First up was the fashion parade (children, nuns, edelweiss, brown paper packages tied up with string, whiskers on kittens, curtain dresses, marionettes, nazis.... you name it - if it was in the film there was someone dressed like it). We had our 5 seconds of fame on stage with everyone else (no prizes - GUTTED) then it was onto the film - singing along, hissing at the Baroness, barking at Rolf, booing the Nazis, popping party poppers at the kiss - it was a delight. 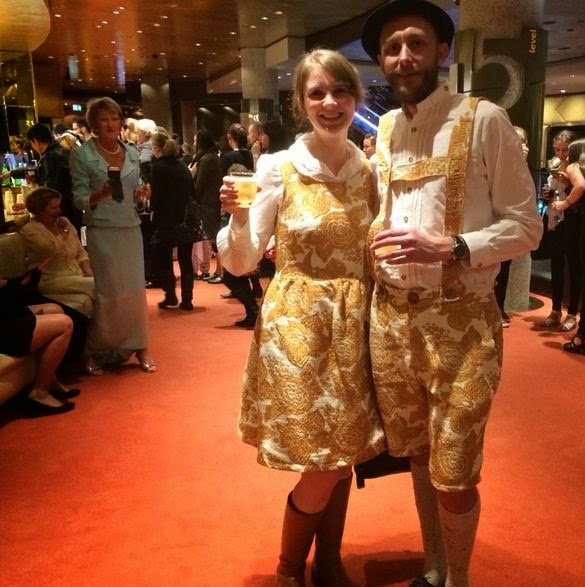 We're already planning next year - Matt wants to go as the Baroness at the ball - it'll be a little bit Conchita Wurst, but he's determined. I'm not sure if I've got it in me to make a gold sparkly frock for a 6 foot 4 inch bearded man.....